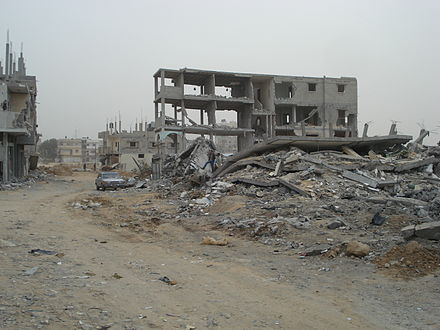 On April 22, more than 300 American lawmakers publicly pledged their unconditional loyalty to a foreign power.

In a letter to the chair and ranking member of the House Appropriations Committee, the members of Congress cautioned against "reducing funding or adding conditions on" US welfare checks (totaling $3.8 billion annually) to Israel.

The letter name-checks US President Joe Biden, who, nearly a year ago tried to have it both ways -- decrying Israeli annexation of Palestinian land and the eviction of Palestinian residents to make room for Israeli squatters ("settlers"), while likewise volubly assuring Jewish campaign donors, "I'm not going to place conditions on security assistance."

Now Biden and members of Congress from both sides of the partisan aisle feign surprise and dismay as the Israeli regime once again makes war on the populations of the Israeli-occupied West Bank and the Israeli-blockaded Gaza Strip.

What the heck did they expect?

I'm not going to litigate the Israeli-Arab conflict in Palestine here. If that's what you're after, there are enough books by apologists for both sides to fill a sizable library. My point is far more narrow: Incentives matter.

Even leaving aside the question of what fate might befall a member of Congress who publicly pledged fealty to Vladimir Putin or Xi Jinping instead of to Benjamin Netanyahu, actions have consequences.

The math isn't that difficult: If I hand my kid a wad of cash and say "please don't spend this on booze and brass knuckles, but if you do, well, that's okay, and there's more where that came from," I shouldn't be shocked when I get a midnight phone call concerning bail.

There are many good reasons why US aid to Israel shouldn't be premised on conditions, but rather cut off entirely. Among them is that US it's illegal under the 1976 Symington Amendment, which forbids aid to rogue nuclear regimes.

Unfortunately, there are also many political reasons (among them votes, campaign donations, and a brutally effective public relations apparatus) why cutting off aid to Israel is a third rail that few politicians dare touch.

It's probably expecting too much of American politicians to suggest that they grow spines and stand up to the Israel lobby, or that voters send those who decline to do so back to the private sector. And that means Palestinian Arabs and Israeli Jews alike will continue to pay in blood for a conflict that American aid subsidizes and rewards.

Related Topic(s): American Foreign Policy; Israel; Palestine, Add Tags
Add to My Group(s)
Go To Commenting
The views expressed herein are the sole responsibility of the author and do not necessarily reflect those of this website or its editors.