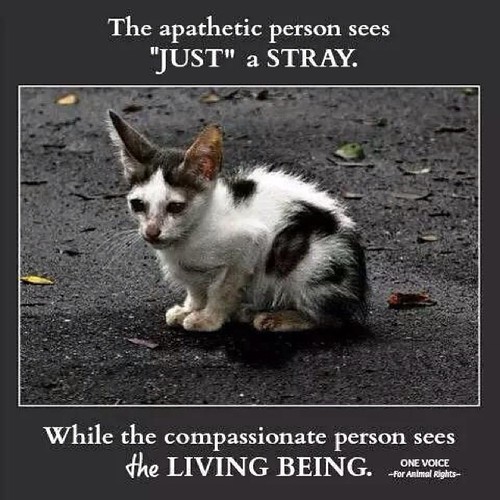 The first principle for anyone embracing the concept of bestowing rights to non-humans is to do them no harm. The most basic right of non-humans, that of life, is the most important, since without the right to exist, all other rights are pointless.

PeTA has viciously betrayed every non-human it claims to protect. It has mass slaughtered thousands of puppies, kittens, owner-forfeited animals and wildlife over the years and done it in virtual secrecy.

Its membership is completely in the dark about the grotesque serial killing taking place, as they support this hypocritical monstrosity and receive PeTA's magazine "Animal Times"; which carefully omits their real agenda, that non-humans are better off dead than adopted.

PeTA has also supported and glorified celebrities and others who hunt [David Hasslehoff is a good example] or eat meat and animal by-products, which is supposedly in direct moral and ethical conflict with the vegan beliefs it espouses.

By its histrionics, prostitution [aligning itself with animal exploiters] and murder, it has corroded, not strengthened, the goals set forth for those trying to change public attitudes toward non-humans. It has single-handedly poisoned the animal rights movement by using Barnum and Bailey tactics to draw attention to itself; and because its messages are usually outrageously offensive, and has created a backlash against the very animals it purports to care about.

PeTA is NOT an animal rights organization; presently it only uses animals as fodder to enrich its multi-million dollar bank account while continuing to proselytize all manner of extermination for those non-humans it targets.

The idea held by the mainstream public that PeTA is an extremist group dedicated to animal rights is obscene and ludicrous. Public ignorance of their real agenda needs to be repeatedly emphasized so that people can rid themselves of that erroneous perception.

There appears to be a very good reason the letter 'e' in PeTA's name is small. It stands for ethical, and we now know Ingrid Newkirk's organization is anything but.

If you'd like to learn more about PeTA's scorched Earth policies regarding the extermination of non humans, here's a link. Be forewarned, there are graphic pictures of PeTA's handiwork. [HERE]

Related Topic(s): Agenda; Animal Cruelty; Kittens; Murder; PETA; Puppies; Rights; Rights Of Nature; Serial Killers; Wildlife, Add Tags
Add to My Group(s)
Go To Commenting
The views expressed herein are the sole responsibility of the author and do not necessarily reflect those of this website or its editors.