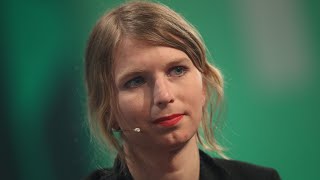 Whistleblower Chelsea Manning is now being slammed with $500 fines for every single day that she remains imprisoned in contempt of court for refusing to testify in a secret grand jury against Julian Assange. Next month it will increase to $1,000 a day.

Again, this is while Manning is also locked up in jail. It's not enough to re-imprison a whistleblower who already served years of prison time, including nearly a year in solitary confinement, for taking a principled stand against an opaque and unjust grand jury system; they're going to potentially ruin her life with crippling debt as well. The only way to make it more cruel and unusual would be to start waterboarding her or threatening her family members.

All for refusing to participate in a corrupt and unaccountable legal performance designed to imprison a publisher to whom she leaked evidence of US war crimes in 2010.

People see this. People watch this and learn from this, as sure as people watched and learned from the public town square executions of those who spoke ill of their medieval lords. And just like those medieval executions, many of the onlookers have been trained to cheer and celebrate at the fate of the accused; have a look at the power-worshiping, government-boot-licking comments under my recent tweet about Manning's persecution for a perfect example of this. People have been taught what happens to those who blow the whistle on the powerful, and they have been taught to become quite comfortable with it.

And, of course, that is the whole idea.

Chelsea Manning is paying $500/day fines for not testifying, scheduled to double next month. Slamming someone with crippling debt for taking a principled stand against warmongering tyrants is in some ways just as draconian as imprisoning them. https://t.co/CiLfzK3Efu

Who is going to blow the whistle on US government malfeasance after watching what's being done to Chelsea Manning? Seriously, who? Would you? Would anyone you know?

I think most people, the overwhelming majority of people, would opt out of the chance to give the empire a truth smack in exchange for years in prison, financial ruin, and seeing their name slandered and smeared around the world. Most people have too much to lose and too little to gain to take that risk already, and the war on whistleblowers and investigative journalists is only escalating.

And that's just the general population. What percentage of people who'd be willing to suffer the draconian consequences of telling the truth about the powerful are actually in a position to do so? Most of the people who are in a position to expose significant government malfeasance are individuals who've already been selected and appointed to their positions because they've exhibited certain qualities that indicate loyalty and obedience. The bigger the secrets you have access to, the higher up the chain of command you must therefore be, and the more loyalty and obedience hoops you'll therefore have had to have jumped through.

What percentage of this population, the population who has gained access to sensitive information by demonstrating loyalty and obedience, would be willing to face the harsh punishments which are inflicted on anyone who exposes the evil deeds of the powerful? Almost none. And the higher up the chain of command you go, i.e., the more significant information someone might have access to, the lower the probability of their blowing the whistle on any depravity they discover.

Related Topic(s): Chelsea Manning; Defending Julian Assange; Whistleblower, Add Tags
Add to My Group(s)
Go To Commenting
The views expressed herein are the sole responsibility of the author and do not necessarily reflect those of this website or its editors.