It's time for real action, like removing Confederate statues and firing Stephen Miller. 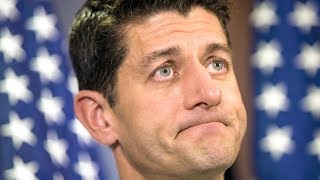 The March to Confront White Supremacy completed its remarkable 118-mile trek from Charlottesville to Washington, DC, on Wednesday, carrying to the nation's capital a demand from the city where racist and xenophobic violence left one woman dead and many injured.

That demand was urgent and unequivocal: "This is the time for us to stand up for justice and equality. This is the time to confront white supremacy in our government and throughout our history." The marchers have spoken truth with the clarity that extends from painful experience. But how will our government respond?

It is clearer than ever that the Trump administration will not lead. The president and his attorney general continue to use the politics of prejudice to divide Americans against one another -- most recently with the assault on Deferred Action for Childhood Arrivals (DACA) protections for immigrants who were brought to this country as children.

Jefferson Beauregard Sessions III, who once tried to jail voting-rights activists for registering African Americans to cast ballots in Alabama, now peddles vile lies about immigrants who serve their country with more honor than Sessions has ever earned.

Sessions should have been impeached and removed from office, after it was revealed that he had lied to the Senate Judiciary Committee that weighed his nomination. Yet he remains in office because senators have been unwilling to confront a lawless attorney general, as House members for the most part continue to facilitate rather than challenge administration wrongdoing.

House Speaker Paul Ryan showed a measure of remorse in a September 7 conversation with The New York Times, when he said that white supremacists in Charlottesville displayed "a pure form of hatred, this notion that some human beings are intrinsically superior to others."

"That whole concept is wrong, evil," says Ryan. "We need to be very clear about that." The Speaker frets about the crisis, explaining:

Related Topic(s): Accountability; Censure; Congress; Daca; Immigrants; Paul Ryan; Trump Ego; Trump Insults; White Privilege, Add Tags
Add to My Group(s)
Go To Commenting
The views expressed herein are the sole responsibility of the author and do not necessarily reflect those of this website or its editors.