Challenged by a former educator, the Speaker of the House got everything wrong -- factually, and morally. 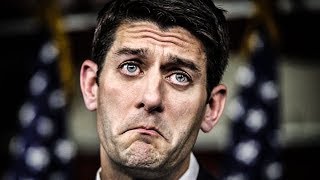 Paul Ryan Gets Schooled By Catholic Nun On His Policies That Only Benefit The Rich
(Image by YouTube, Channel: The Ring of Fire)   Details   DMCA

House Speaker Paul Ryan does not hold traditional town-hall meetings. The Wisconsin Republican is so frightened by his constituents that he now opts for restricted events where the questioners and the questions are screened. But the frustration with Ryan has grown so great that the restrictions are no longer sufficient to shield this political careerist from scrutiny.

When Ryan participated in a "CNN Town Hall" last week, the questioners from Racine and other communities in his district asked tough questions, as did moderator Jake Tapper.

One line of questioning was particularly devastating -- as it revealed Ryan's startling ignorance regarding not just poverty but the anti-poverty programs he seeks to diminish and dismantle.

"Good evening, Mr. Speaker. I know that you're Catholic, as am I, and it seems to me that most of the Republicans in the Congress are not willing to stand with the poor and working class as evidenced in the recent debates about health care and the anticipated tax reform. So I'd like to ask you how you see yourself upholding the church's social teaching that has the idea that God is always on the side of the poor and dispossessed, as should we be."

Ryan answered with a spew of right-wing talking points about how historic anti-poverty programs have supposedly failed.

"The status quo isn't working, Sister, and what I think we need to do is change our approach on fighting poverty instead of measuring success based on how much money we spend or how many programs we create or how many people are on those programs, you know, measuring on inputs. Let's measure success in poverty on outcomes. Is it working? Are people getting out of poverty?"

To bolster his claim, Ryan announced that "we're in the 32nd year of the war on poverty. Trillions spent, and guess what? Our poverty rates are about the same as they were when we started this war on poverty 32 years ago."

Related Topic(s): Catholic; Medicaid; Medicare; Paul Ryan; Poverty, Add Tags
Add to My Group(s)
Go To Commenting
The views expressed herein are the sole responsibility of the author and do not necessarily reflect those of this website or its editors.