This article is written in response to Paul Craig Roberts' latest post on this site headlined "The Growing Opposition to Factual Knowledge." I'm writing it here because Paul has asked OPN to not permit comments at the end of his articles.) 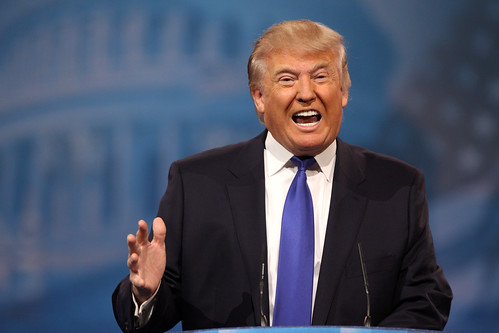 Let me state from the outside that I admire you tremendously. You have been courageously speaking out about the failure not just of liberals but also of his own conservative colleaguesor former colleagues to speak the truth and to support true democracy and the US Constitution.

But your recent article, published here on OpEdNews.com , headlined "The Growing Opposition to Factual Knowledge" falls back on the very kind of fact-free opinions posing as objective truth that your are decrying.

You write, "I have noticed among younger generations the disappearance of the very concept of objective truth. They see truth as the mere expression of some identity interest." But you give your readers no evidence to support this libel of not just one but two or more generations presumably a reference to millennials and the group of younger people in their mid-30s to mid-4s0.

I don't know how many millennials you know, Paul, but as the father of two of them one 26 and the other 35 and knowing many of their friends and associates, I'd have to say you're badly off the mark. Young people today in my experience are profoundly aware of the mindlessness and corruption of war and of America's grotesque militarism and the cost it has in terms of foregone assets for dealing with this country's underfunded needs in education, infrastructure, health care and dealing with increasingly terrifying climate change. These are young people who in their individual lives try to live with minimal carbon footprints, to recycle diligently, who oppose war, who vote for candidates who want to take action on the above important issues. They, in ways far deeper and more heartfelt than older generations, oppose racism, sexism, and other forms of discrimination against gays, lesbians and transgender people. They are not afraid of ideas simply because they get labeled by the media and the political class as "socialist," which for older generations has long been all that was needed to shut down rational thought.

You claim these young people don't know how to distinguish between an explanation and a justification. I would say that characterization far better fits an older generation set in its ways than it does today's young people.

With no supporting evidence you claim that a "deterioration in the ability to think and reason " is also happening in "science itself," and goes on to say "in economics for example" that "neoliberal economics and globalism are ignored and their arguments are left unanswered."

As for your complaint that "science itself is "said to be" a white male construct that serves white supremacy" you give no evidence proving that this is in any way a prevailing opinion of young people (it isn't). But let's be honest here. I grew up as a faculty brat at a university (UConn) and was initially a science major at Wesleyan, before going to grad school at Columbia (in Journalism). My wife is a faculty member at Temple University and as an active member of her faculty and her faculty union is well aware of the under-hiring, under-promotion and underpaying of women, especially in the "hard" sciences like chemistry, biology, physics, engineering, etc. Believe me, the statistics show that science, if not a male construct, is male-dominated and "serves white supremacy" too. That can be scientifically proven. (In 2013, there were 114,000 women with doctorates in academics in the fields of science and engineering compared with 200,00 men. Among professors, women were only 24%, and in the hard science, rather than psychology, sociology, etc., women were an even lower percentage. There are facts, as reported by the National Science Foundation.

Now let's turn to your assertion that these days, "in studies of intelligence there can be no reference to its genetic basis."

Jeeze Paul! You know, I hope, that there is in fact no genetic basis to variations in human intelligence. There are smart caucasian people and also incredibly stupid ones, just as there are smart Africans, Asians, Inuits, Polynesians, Australian Aborigines, Native Americans and Ainu and also stupid ones. The differences genetically among these various races (all of which are very mixed, by the way) are so trivial as to be as meaningless as hair color or freckles. What the hell is your point? That we should tolerate ignorant bigots touting pseudo-scientific claims that whites are smarter than other races?

But beyond that, let's talk about economics. I've long felt that economics, along with some great economists like Robert Lekachman and others, that the topic is actually a social science, given that it is the study of a particular aspect of human behavior. As such it is not quantifiable or predictive in the same way that biology or physics or geology is. Yet most economics, particularly in the US, is ideologically driven by an almost universally held religious conviction that markets are the most efficient way to distribute goods and services. If you don't accept that dogma, you are outside the realm of acceptable discourse. That is the problem, not the unwillingness of the economic mainstream to accept criticism of neoliberalism or globalization. It's really any rational discourse about socialism in its many variations that established economics in the US is unwilling to accept.

Defense of "whiteness" you claim, with no evidence to back you, is "impermissible." What though, pray tell, is "Whiteness?" Could we have a definition of that term before we go on? Is it Aryan? Because some very dark-skinned people from the Indian subcontinent are genetically Indo-aryan? Are Turks Aryan? Half of the Jewish population, contrary to Hitler's formulation, are actually Aryan. Are they "white"? The other half of the Jewish population is, genetically speaking, Arab, but that begs the question, are Arabs "white"? A lot of them, particularly in the northern regions of iraq and Iran, sure look pretty white to me. The same can be said of many Afghanis and Iranians.

Related Topic(s): Paul Craig Roberts; Truth, Add Tags
Add to My Group(s)
Go To Commenting
The views expressed herein are the sole responsibility of the author and do not necessarily reflect those of this website or its editors.