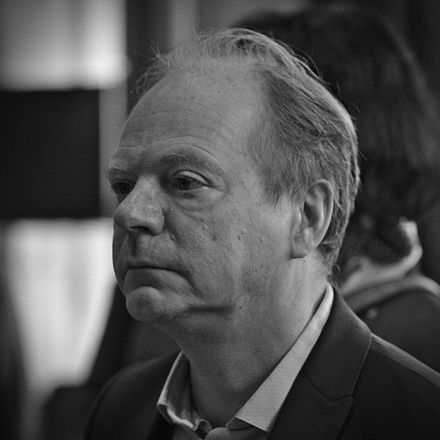 Duluth, Minnesota (OpEdNews) February 28, 2020: The learned French historian Patrick Boucheron's accessible 2020 book Machiavelli: The Art of Teaching People What to Fear [in a Ruler], translated from the French by Willard Wood (New York: Other Press; orig. French ed., 2017) includes Boucheron's "Introduction" (pages 1-11; dated June 19, 2019) and 30 short chapters that Boucheron prepared as daily talks on French public radio during the summer of 2016 (pages 15-145), plus a chapter titled "Reading Machiavelli" (pages 147-153) and 47 illustrations scattered throughout the text (credits listed by page numbers, pages 155-159). But the book does not have an index.

I first learned about Boucheron's new book when I read Jennifer Szalai's review of it titled "A New Book Asks: Just How Machiavellian Was Machiavelli?" in the New York Times (dated February 11, 2020). The headline of her review is accurate; Boucheron does raise this question.

As a matter of fact, Boucheron argues that the infamy of so-called "Machiavellianism" obstructs our ability to catch on to what Machiavelli is really up to in his infamous book The Prince. Boucheron sides with Rousseau in noting that tyrants do not need to have Machiavelli instruct them in how to be tyrants. As the subtitle of Boucheron's book indicates, he argues that Machiavelli in The Prince is artfully teaching people what to fear in a ruler.

In any event, in the present review essay, I will discuss Boucheron's 2020 book on Machiavelli and Renaissance humanism in the larger framework of the thought of the American Jesuit Renaissance specialist and cultural historian Walter J. Ong (1912-2003; Ph.D. in English, Harvard University, 1955).

FIRST, A NOTE ABOUT HARVEY C. MANSFIELD AND MACHIAVELLI

Now, in Boucheron's chapter "Reading Machiavelli" (pages 147-153), Boucheron says, "On Machiavelli's writing in general, my debt is to [the American political scientist] Harvey C. Mansfield, Machiavelli's Virtue (Chicago: University of Chicago Press, 1996)" (page 150). But this is the only book by Mansfield that Boucheron mentions.

Harvey C. Mansfield is also the author of the book Machiavelli's New Modes and Orders: A Study of the Discourses on Livy (Ithaca, New York: Cornell University Press, 1979).

Related Topic(s): Antiquity; Catholic; Citizens; Fear; Jesuits; Literacy; Philosophy; Politics; Prophet; Trump, Add Tags
Add to My Group(s)
Go To Commenting
The views expressed herein are the sole responsibility of the author and do not necessarily reflect those of this website or its editors.