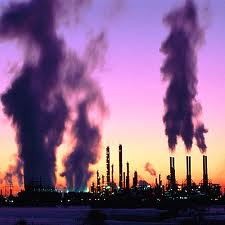 A hearing yesterday of the House Energy and Commerce Committee's subcommittee on energy and power focused on the proposal to strip the EPA of it's authority to regulate greenhouse gas emissions. One guess which political party is behind the proposal. The science deniers are out in force again, this time their assault is focused on our lungs.

"Democrats rounded up five eminent academic climatologists who defended the scientific consensus that the planet is warming and that human activities like the burning of fossil fuels are largely responsible.

"Republicans [presented] two scientific witnesses who said that while there was strong evidence of a rise in global surface temperatures, the reasons were murky and any response could have adverse unintended effects. ... Representative Morgan Griffith of Virginia, a freshman Republican and an avowed skeptic on climate change, noted that ancient temperature records indicate periods of warming during the Mesopotamian and Egyptian civilizations and again during the rise of the Vikings, and wanted the scientists to explain just how warm it got during those eras.

"Mr. Griffith also wanted to know why the ice caps on Mars were melting and why he had been taught 40 years ago in middle school that Earth was entering a cooling period."

Wow. Way to go, Virginia! Great choice, there -- voting in that Griffith fella.

This, and the many other ways Republican voters continue -- inexplicably -- to vote against their best interests is mind-boggling.

Kathy never expected a career in radio as a talk show producer. Born and raised in Atlanta, Georgia, Kathy was completing her nursing degree when in 2001 - in an emergency - she was asked to fill in as the producer of Mike's program. Within a few (more...)
Related Topic(s): Climate; Republican; Scientists, Add Tags
Add to My Group(s)
Go To Commenting
The views expressed herein are the sole responsibility of the author and do not necessarily reflect those of this website or its editors.