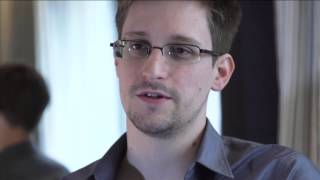 The Washington Post has just released a trove of previously secret records documenting that the U.S. war in Afghanistan has been based on a multitude of lies and deception. It is beyond dispute that the Pentagon and other elements of America's deep state were determined to keep those records secret from the American people.That's because it took three years and two federal lawsuits to force deep-state officials to finally release the records.

No one is accusing the Post of publishing lies. It is undisputed that what the Post has published is the truth.

The answer is: Because the deep state knew that the records recounted the truth, and the last thing the deep state wanted was for the American people to know the truth about its war in Afghanistan that "Operation Enduring Freedom" was built on lies, just like the Vietnam War was.

But that's also what Julian Assange and Edward Snowden did. They didn't publish any lies either. They simply published records that revealed the truth about the deep state. That's why the deep state has condemned and vilified them as bad people, even as traitors because they revealed the truth, just like the Washington Post has.

Arguably the information released by Assange, through his organization Wikileaks, and Snowden was much more valuable than the information released by the Post. The Post' s information involves lies within the deep state regarding the progress that was supposedly being made in the Afghanistan war. Assange and Snowden released the truth about some of the actual dark-side practices of the deep state, such as the killing of innocent people and illegal surveillance schemes to spy on the American people.

Questions naturally arise: Why should anyone who publishes the truth about the deep state be condemned or punished? Why shouldn't the condemnation and punishment instead be leveled at the entity that engages in sordid, dark-side practices and the intentional utterance of lies and deception, especially with respect to something as important as war?

Today, Assange is sitting in a brutal prison in England because the U.S. deep state wants him sent to the United States to be punished for revealing the truth about its sordid, dark-side practices.

Snowden is living his life in exile in Russia for the same reason. He knows that if he returns to the United States, the deep state will go after him with a vengeance for revealing the truth about its sordid, dark-side practices.

Assange and Snowden deserve immediate pardons, which would enable them to be released from prison and exile and to begin resuming their normal lives. The fact that they even have to seek pardons only reflects what the deep state has done to our values as Americans. In actuality, it is the deep state that should be seeking a pardon from Assange, Snowden, and the American people.

Related Topic(s): Assange; Pardons; Snowden; Wikileaks, Add Tags
Add to My Group(s)
Go To Commenting
The views expressed herein are the sole responsibility of the author and do not necessarily reflect those of this website or its editors.