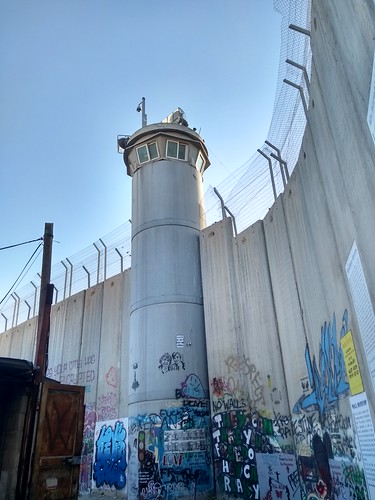 I wouldn't say that ol' Don is a nut,Not so much psycho as deep in his rut,And head of a White House modeled on him,Wherein the thinking runs greedy to grim,But his Deal of the Cent. does true unveilThe depth of deprav' of which it does ail.. Of the Old City, Pals get not a foot square,And permits they'll need to see what's in there,But only for Muslims who "come in peace,"And guess who decides what peace gets a lease?Their capital gets placed in a slum of the poor,A bit like Wash-town sans NFL corps.. For tough love the "Vision" cannot be beat,Leaving no wiggle room for Byzantine cheat:Pals must establish free markets and press,Transparency for all instead of a mess,Religions as free as new courts to do just',Statehood awaiting for when they're robust.. Only when Iz says, "All right, good enough,You Pals have achieved sufficient Right Stuff,"Can they be granted their very own state,Though it might look like a busted-up grate:Here a wee mass and there a small bitty,Call it ten ghettos in search of a city.. And the settlements? Well, the settlements stay,As do the "gains" Iz has made on its way,Even the ones among American pols,Not to be confused with American proles:Imagine how sore that they'd be to knowThey're backing not David but that shyster Go'.. Goliath, that is, not your everyday hack,Who loved a good hour with a guy on the rack,Which the Vision lays out in loving detail,Vision from which good people should quail,And then take note of a White House possessed,Its leader awry, its evil undressed.

Related Topic(s): Deal Of The Century; Palestine Statehood; Palestine_and_Israel; Trump, Add Tags
Add to My Group(s)
Go To Commenting
The views expressed herein are the sole responsibility of the author and do not necessarily reflect those of this website or its editors.