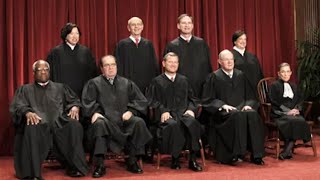 How The Most Corrupt Judges Rise To The Supreme Court
(Image by YouTube, Channel: The Young Turks)   Details   DMCA

The Supreme Court heard arguments Tuesday on the Trump administration's decision to alter the 2020 Census to ask people if they are American citizens.

In a former life, I argued cases before the Supreme Court. From what I gathered today, it looks as if the five Republican appointees to the Court have already decided this move by Trump is constitutional.

But it's not. The U.S. Constitution calls for "actual enumeration" of the total population for an explicit purpose: To count the residents not just citizens, residents of every state to properly allocate congressional representatives to the states based on population.

Asking whether someone is a citizen is likely to cause some immigrants, not just non-citizens, but also those with family members or close friends who aren't citizens not to respond for fear that they or their loved ones would be deported. In the current climate of fear, this isn't an irrational response.

The result would be a systemic under-counting of immigrant communities. The Census Bureau has already calculated that it's likely to result in a 5.1 percent under-count of non-citizen households.

This would have two grossly unfair results.

In the first place, these communities and the states they're in would get less federal aid. Census data is used in over 132 programs nationwide to allocate over $675 billion each year.

An under-count would deprive many immigrant communities and their states of the health care, education and assistance they need and are entitled to.

Secondly, these communities and the states they're in would have fewer representatives in Congress. The Census count determines the distribution of congressional seats among states. Under the Constitution, these seats depend on the total number of people residing in the state, not just citizens.

Which is the real reason for this move by the Trump administration.

It's no secret that immigrants with the right to vote tend to vote for Democrats. So under-counting neighborhoods that are heavily Latino or Asian would mean fewer Democratic members of Congress.

Baloney. The Trump administration has shown zero interest in the Voting Rights Act. It has even defended voter suppression laws in court.

This is nothing but a Republican power grab orchestrated by the White House.

Related Topic(s): Census; Citizens; Court Decision; Immigrants; Supreme Court Hypocrisy; Voting, Add Tags
Add to My Group(s)
Go To Commenting
The views expressed herein are the sole responsibility of the author and do not necessarily reflect those of this website or its editors.