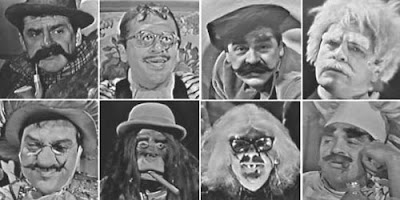 
"This instrument [Television] can teach, it can entertain; yes it can even inspire. but it can do so only to the extent that human beings are determined to use it toward those ends. Otherwise it's nothing more than wires and lights in a box."-Edward R. Murrow

Since it is a given that Conservative politicians generally hate the public, it also goes without saying that they despise the Public Broadcasting System. And why wouldn't they? Any broadcast outlet that would focus on intelligence and the best in human creativity is probably not going to be watched much by the uber right wing. They've got their priorities, you know? Why waste your time on Charlie Rose when you've got Bill O'Riley?

I was reminded of their contempt for all that is good about America on Friday when Senators Jim DeMint and Tom Coburn introduced a bill that would defund the Corporation for Public Broadcasting, which is probably the only corporation these unenlightened knuckleheads don't act as handmaidens for. While they have no problem bailing out the corrupt titans of Wall Street who spent decades looting the American economy, they can't find it in their hearts to help PBS.
PBS changed my life in more ways than I can count. It has always, from its earliest days, been a source of inspiration. I can't imagine my life without it. Can you? 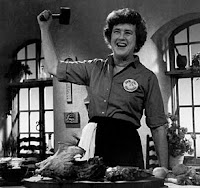 Some of my earliest memories of watching television are connected with Channel 13, the PBS affiliate in the New York area. This would have been around 1962. Back then their logo was the wise old owl, which I absolutely loved. But what I liked the most about Channel 13 had nothing do with children's programing.

This was years before Sesame Street and Mister Rogers. My favorite program as a precocious four-year-old was "The French Chef" with Julia Child. For reasons I've never been able to figure out, I was fascinated by the black and white image of her in that studio kitchen, lovingly creating those mouth-watering examples of French cuisine. In this innocent time, it was still okay to admire anything French. "Freedom Fries" were decades into the future. She seemed like such a nice lady, I just could not take my eyes off of her! You would think that my early infatuation with Julia Child would have inspired me to become a chef, but that was never meant to be I suppose. To this day I am barely functional in any kitchen -- my own included. No, the PBS broadcast that changed my life forever wouldn't come for another seven years. 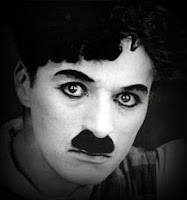 Christmas Day 1969: I happened to be channel-surfing when I came upon a Charlie Chaplin retrospective that was being shown on Channel 13. The host was a film collector from Brooklyn named Herb Graff. The film being shown the moment I tuned in was called "The Rink," a two-reel short made in 1916 when he was with the Mutual Film Company. I was captivated by the Little Tramp from the moment I laid eyes on him. Three and a half years after this Christmas Day epiphany, on April 3, 1972, my brother Pete and I would get to meet the great man at Lincoln Center in New York City. Talk about a mountaintop moment! My discovery of Charles Spencer Chaplin -- purely by chance -- began a lifelong admiration and study of him which continues to this day. I'm not just a Chaplin fan -- I'm a scholar.

From the day of my introduction to Charlie -- courtesy of the nice people over at Channel 13 -- my dream was to become a filmmaker. The only problem was the raw material needed to make movies -- it was so damned expensive! The alternative was videotape, but I did not believe that anything beautiful could be created within the confines of a little electronic box. I associated videotape with the atrociously bad sitcoms of the 1970s: "One Day at a Time," "Welcome Back Kotter," "Three's Company," and on and on, ad nauseous. In my mind, video was to the moving image what wax paper was to the canvas.


But then, in the summer of 1977, I was at the apartment of a friend of mine named Ronald Bevier (whatever became of you, Ron?). By chance I turned the dial (they had dials then) to PBS. The program being televised at that particular moment was called, "The Best of Ernie Kovacs." This changed everything. What Kovacs was doing with the medium of videotape in the late fifties and early sixties was and is extraordinary. A half a century later, despite all the technological advancements of television, his work still astounds. Today he is remembered as Television's Original (and in my opinion - only) "Genius." Ernie Kovacs was the world's first video artist -- even though the term "video art" did not even come into being until four years after his death in a 1962 automobile accident. Early in his career, he would end his programs by saying, "It's been real," a phrase he coined. Ernie was the real deal all right. I'm a Kovacs scholar, too.

I became a video artist thanks to Charlie Chaplin and Ernie Kovacs - and PBS.

One of the many complaints lodged against public broadcasting over the years is its "left-wing bias." This complaint is more than justified, don't you know, because Big Bird is a Communist. Mister Rogers was a devotee of Karl Marx. But seriously, folks.... 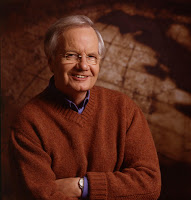 The bias charges are ludicrous of course. Certainly some of the hard-hitting documentaries of recent years rubbed the Plutocracy the wrong way. In the excellent 2007 program, "Selling The War," Bill Moyers claimed (rightly) that when the Bush administration invaded Iraq in March of 2003, they "took leave of their senses." That isn't left-wing bias, that's the truth -- and any news outlet that tells the hard and bitter truth will naturally disgust the very people who make their names and their livings spewing right-wing gibberish. That's why they love Fox Noise so much.

Tom Degan is a former Green Party candidate for New York State Senate. He writes on a blogsite called, The Rant by Tom Degan. He is the recipient of the Presidential Medal of Freedom.....Okay, he didn't really receive the Presidential Medal of (more...)
Related Topic(s): Bias; Broadcasting; Deregulation-Regulation; History; Living Together; Media, Add Tags
Add to My Group(s)
Go To Commenting
The views expressed herein are the sole responsibility of the author and do not necessarily reflect those of this website or its editors.