Bulldozers were already standing ready to demolish the tiny Bedouin village of Susya earlier this week. However, strong European pressure made the Israeli government re-think its actions. With the unfolding of the Eurasian Century, it appears more likely that a unified Chinese-European front would eventually force Israel to accept a free Palestine.

Susya, Palestine, July 24 - a few hundred demonstrators descended today in the scorching heat on the tiny Bedouin village of Susya in the desert south of Hebron in support of the villagers' resistance against attempts by the Israeli government to demolish the village. 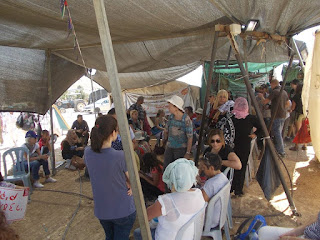 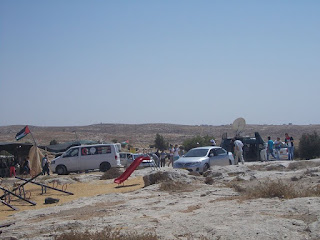 Figures: In addition to today's demonstration, a permanent "watch" by outside observers has been established in Susya and likewise - constant media presence.

The demonstration was organized by Rabbis for Human Rights, an Israeli NGO, which supports Susya's struggle in recent years, and by Combatants for Peace - an Israeli-Palestinian organization. The crowd was mostly Israeli and Palestinian, but also included international representatives -- an Anglican priest from Bet Hanina near Jerusalem, a female Scottish priest from the Scottish Church in Jerusalem, Swedish volunteers from the World Church Council, Nepalese volunteers from ActionAid, and others.

In striking contrast with other demonstrations, or even visits in Palestine in recent years, there was absolutely no military to be seen... Apparently low profile was the order of the day... In previous occasions, it was enough for 5-10 people to show up in nearby Hebron, for the military to immediately appear and stand watching and videotaping, or in other cases, to block the movement of visitors or protesters. 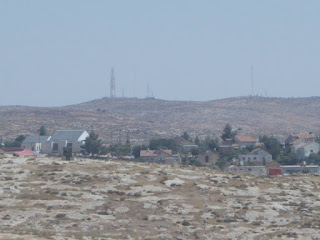 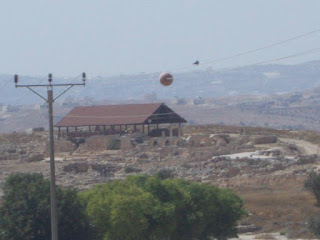 His work won appreciation in Israel and abroad: * Prof Uzzi Ornan - "All power to you! I hope that you see your tremendous efforts (more...)
Related Topic(s): Demolition; Israel-Palestinian Conflict; Susya, Add Tags
Add to My Group(s)
Go To Commenting
The views expressed herein are the sole responsibility of the author and do not necessarily reflect those of this website or its editors.