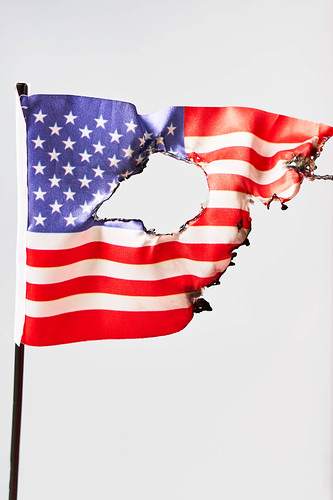 I was about six years old when I discovered that Santa Claus was a fraud. It was a few days before Christmas and like most young children I was all atwitter anticipating the big day. That morning my parents had somewhere to go and left me with my babysitter. There were two televisions in the house; the two ton color console in the living room and a smaller black and white set in their bedroom. Whenever they would go out for a lengthy period they would allow me to watch the television in their bedroom. They gave me the usual admonitions and added one I had never heard before, they sternly said "and don't go in that closet!" Much the precocious one, I found this very odd and as soon as they departed I went into the closet where my eyes glazed over at the myriad of toys and nifty things. However, I soon found myself deeply disappointed as I had learned the truth. When my parents came home later that day and were informed of my disobedience I received quite the thrashing and told "now you will get nothing". Of course, when Christmas came I received the gifts but it was never the same, for with the truth came not only a sound ass-whipping but realization and I was forever changed by that event. I have often wondered was the whipping a result of my disobedience or a result of their realization of my realization; a bell that would never be unrung. Hell, maybe they did it intentionally.

The truth hurts, quite often.

This weekend, from "Sea to Shining Sea" the United States populace will gorge its overweight self on alcohol, drugs, baseball, hot dogs, apple-pie and Chevrolets. There will be fireworks to glorify the violence that came with the Birth of a Nation. Buildings and venues will be festooned and beribboned with red, white and blue in homage to Old Glory. After all, it is Independence Day. An independence that was in point of fact resultant of imprisoning others. Oh, the poetry!

Recently, Olympic athlete Gwen Berry committed the sacrilege of turning her back on the U.S flag; an act that has infuriated many, particularly European-Americans. In her explanation of her actions she stated " because I love my people". Long before Colin Kaepernick's notorious kneeling during the national anthem, I stopped standing for the flag. In fact, I have not stood for the flag nor said the "Pledge of Allegiance" for decades as it seems psychotic to pledge allegiance to an entity that shows the antithesis of allegiance to me; surprising to some considering my military heritage. An entity that routinely humiliates and murders those that look like me and has for centuries. An entity that raped and lynched my forefathers and mothers and insisted they were less than humans and, to a large degree, still does and always will. There is not a solitary place in the solar system where a European person, the global minority, stands for the flag of a Black person let alone one that has stolen, raped, murdered, enslaved and pillaged. When a European/white person can show me where they have done so, I will reconsider my position.

Martin Luther King may have had a dream, but I've been woke a long time.The U.S. flag represents white supremacy, bloodshed, violence, murder, genocide and enslavement to those who look like me and know the truth. The aforementioned notwithstanding I can understand how European-Americans, and others, feel pride about their flag though I am confounded as to why from a moral and human standpoint. Symbols can be powerful things especially to the indoctrinated, fearful, illiterate and ignorant. Adolph Hitler had a great understanding of this unfortunate fact.

I imagine most are aware that the United States flag has stars and stripes with the stars representing the 50 states; but few know much more than that about the iconic symbol for which they are so passionate. A forensic examination of the flag reveals much, for there are none so blind as those who refuse to see. The flag is, indeed, the fabric of our lives; just like pure cotton.

The word "pure" is very important in understanding white supremacy and, thusly, its symbols; including the United States flag.

There are thirteen alternating stripes of red and white on the U.S. flag; seven of which are red, six of which are white. These thirteen stripes represent colonialism and the thirteen colonies. Colonialism was, is and shall remain bad news if you are a Melanic person (which is most of the world). It would be iniquitous for me to delve into triskaidekaphobia which would lead to considerable compunction on my behalf.

The six white stripes represent "purity and innocence", neither of which is even remotely related to the reality of the United States nor its so-called "founding". Pure is defined as "not mixed or adulterated with any other substance or material... without any extraneous and unnecessary elements". Land where my fathers died, land of the Pilgrims pride and, of course, the Pilgrims were Puritans because they were pure.

The seven red stripes represent "courage and valor". In other words, they represent blood and bloodshed. They represent violence. Both sets of stripes are also referred to as "pales". I will reluctantly refrain from defining the word pale and leave it to those with the courage to do so should they possess such intellectual valor.

Pertinent to the stars that symbolize the fifty states, it is important to note that they are not tiny squares, circles, triangles nor smiley faces. They are stars for a reason for the symbol of a star represents "divine guidance and protection". More importantly they are five-pointed stars that are known as pentagrams. Pentagrams are also related to the occult and Satanism among other things. The most dangerous building in the world is a five sided building called the Pentagon; a place that has caused the death of millions of people as it plans to kill even more. Anecdotally, and mildly poetically, I would be remiss if I failed to mention that when people get hit on the head they "see stars" ( I know, I have seen them). If you get hit on the head, the tissue in your occipital lobe gets shaken up. Brain cells then send out random electrical impulses, which your brain interprets as flashes of light that may seem like stars; a breathtaking irony.

In the final analysis the U.S. flag is most eloquently spoken of by the very composer that wrote an ode to it. Francis Scott Key, in the third verse of national anthem wrote: "No refuge could save the hireling and slave from the terror of flight or the gloom of the grave. And the star-spangled banner in triumph doth wave, O'er the land of the free and the home of the brave".

It appears that one man's independence is another man's captivity. So, as the United States celebrates, I find this a time for quiet reflection. In fact, for me, it is a time of mourning.

And that, however painful, is the truth as the Star Mangled Banner waves over the land of the free and the home of the slave. Verily, the truth hurts.

Related Topic(s): America Culture Of Violence; America First; America Rising; American Flag; American Foreign Policy; American Imperialism; American Republic; American Terror; Americans Elect; Symbolism, Add Tags
Add to My Group(s)
Go To Commenting
The views expressed herein are the sole responsibility of the author and do not necessarily reflect those of this website or its editors.