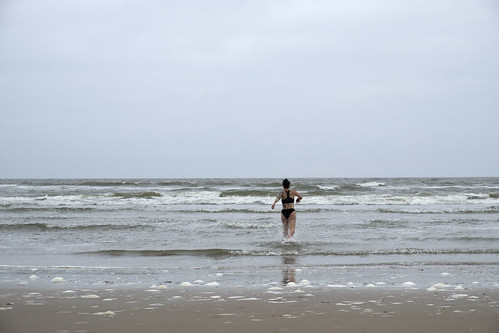 In my previous article, "Mechanisms of Escape from Freedom," I focused on Erich Fromm's psychological assessment of the authoritarian personality with its qualities of sadism, masochism, destructiveness and conformity. My hope in writing it was that readers would be able to see parallels between Hitler's Nazi Germany and our current situation with Donald Trump.

In this companion piece I would like to address ways to avoid these booby traps. This involves being able to see clearly authoritarian dynamics both in ourselves and others.

(For a revealing and incisive look at this phenomenon see Rob Kall's interview with John Dean, former Whitehouse counsel, who has studied the subjects of Trump and authoritarianism in depth). Click Here

Regarding human freedom, Sartre maintained that the onus for defining ourselves, and by extension humanity, now falls squarely on our shoulders (In previous eras, for the majority of us, this was this was provided by the tribe, church or state). He stated that this lack of pre-defined purpose - along with an existence that presents us with infinite choices - involved an incredible burden of responsibility and evoked the "anguish of freedom." And it is from this burden that we are tempted to escape.

Whenever uncertainty reigns, as in Nazi Germany between 1933 and 1945, and today, in 2020, autocrats (and fascist dynamics) commonly materialize.

The possibility of Trump's re-election is, of course, a reality, particularly given the evidence of "backdoors" being built into voting machines, whereby numbers can be changed remotely; his actions to cripple the post office and mail-in voting represent another wild card.

We've already heard the melody of Trump's presidency. Its refrains include: tearing children from their families, incarcerating them in camps, and in the process traumatizing them for life; discouraging testing and other Covid-19 safety protocols, like masks - causing almost 200,000 deaths; or encouraging violence against people protesting racism. The theme is brutality.

Working for his electoral defeat is a no-brainer. One doesn't have to be a psychoanalyst to be alarmed by Trump's thuggish, bullying demeanor, his constant, blatant lies, his thinly veiled (and sometimes utterly transparent) incitements to violence against his critics and opponents, his denigrating remarks about women, his palpable contempt for minorities and handicapped people, etc. - all of which are heavily tinged with sadism. So indeed, is his relentless, (but widely admired) obsession with "winners" and "losers." His admiration for strongmen and "winners" goes hand in hand with the need to revile and reject vanquished opponents or competitors, and those who fall from power, provoking his derision and scorn.

That said, current American political issues are larger than Donald Trump. For the sake of our own clarity, we would be wise to become familiar with Raine Eisler's analysis of what she has labeled Dominator Culture and her work on the creation of what she labels Partnership Culture. Seen in context Trump is merely a bit player (although a highly destructive one) on the Millenia-long road of Dominator Culture.

Trump needs to be seen in context. William Blum has compiled a daunting list of instances of the United States overthrowing, or attempting to overthrow, foreign governments since the Second World War. Click Here

And with what is now known about 9/11 - the "War on Terror" ("which will not end in our lifetime") should be included as yet another example of the American desire for unfettered dominance and global supremacy. Click Here. See also: Click Here

One question to ask is: How can we best respond to the dominator/authoritarian dynamics employed by Donald Trump and what may be ambiguously referred to as the "deep state?" I have dealt with some possible responses in my previous article.

First and foremost, in addition to political activism, this involves a shift in consciousness. Undoubtedly, we need to first take care of ourselves - much like a parent on a plane is instructed, when necessary, to place the air-mask on their own face, before placing it on their child. This includes: getting enough sleep and exercise, eating well, having creative outlets, and maintaining nurturing, supportive relationships. And being willing to look deeply within ourselves.

Cultivating the awareness to enable us to see authoritarian and neo-fascist dynamics for what they are - in ourselves and in the world - involves tolerating unpleasant - and even abhorrent - realities.