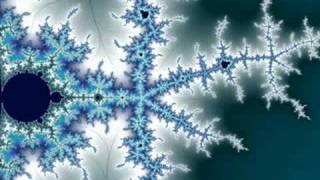 It was Buddha who said that the greatest thing in life was the illumination of the human spirit. His hope was that we would become a beacon and a legend in the hearts of all living mankind, a symbol of what life on earth could be, should be; a promise of what every man on earth could attain. He longed that mankind would be pierced by an ecstasy that tore him apart with a cry that had no tongue. An ecstasy that was proud, and exultant, fierce with a joy and blind with glory, carrying with it a knowledge born in such a moment, that the intangible cannot be touched, the ungraspable cannot be grasped, yet clothed with the living substance of beauty.

Today it seems nothing can stir our sense of shame and guilt which an American can feel as a life of indolence and pleasure, which is part of the very chemistry of our blood which we can never root out. Like all creatures hopelessly addicted to a drug, we cannot break the bonds of this tyranny of pleasure which chains us. There is a hateful arrogance about many of us that says that words are useless, because no words can express the fatal wisdom of our souls, which with a stubborn and abominable perversity, seemed deliberately resolved on ruin. These are the struggles that have wracked the sinews of man's life and soul, with quivering exhaustion and sick despair, the hideous feeling of being emptied out in planetary vacancy, of losing all the high hopes of the spirit's purpose, the heart's integrity. It is a feeling like being exploded, emptied out and dissipated into hideous, hopeless nothingness, where all the spirits of man's courage turned dead and rotten as old fruit.

Without the means to organize, clarify, classify, and pass on gleaned knowledge, in all fields, how far advanced could our culture be? Given the great gift of literacy, there exists another dimension; that of sheer aesthetic pleasure that accompanies reading. By breaking the confines of the shell that more or less encases each individual, literature allows readers' minds to merge into the imaginations of the most thoughtful writers who have ever lived.

We must understand the great danger that glib and easy jargon has, instead of knowledge. It gives to people who are unwilling to learn and without the sincerity of the soul or the integrity of purpose, with nothing in fact except a feeble incapacity for the shock and agony of life, and a desire to escape into a glamorous and unreal world of make believe; a justification for a pitiable and base existence. It gives to people who have no power in themselves to create anything of merit or of beauty. People are true Philistines and the enemies of knowledge and learnings living spirit. It is a language that talks with glib knowingness of things they know nothing of. In the end, it will lead to nothing but falseness and triviality, to the base nature of passion, and the specters of sincerity, who are convinced of nothing, believed in nothing and are just disloyal slaves to fashion and the arts. We have seemed to escape every particular and degrading thing in life, from the excess of absurd and eccentric speech and gesture, from all the demeaning parsimonies, from niggling irascibilities, from everything that contorts our faces from the calmness and unity of thought.

We seem not to be able to shake the ancient hopelessness of hope, the knowledge of despair, and the faith of desolation. Yet, we must bank together this day, against the giant antagonists, for comfort, warmth and love, with a courage and integrity that will not die and will not be forgotten.

In 1824 musical expression was touched by the genius of the immortal German composer Ludwig van Beethoven who composed his passionate Ninth Symphony and the miraculous fourth movement catapulting Europe into a revolutionary romantic period, which challenged the sedate classicism of his time. His Ninth Symphony was a statement of freedom in the repressive environment of Europe after the Congress of Vienna restored power to the oligarchic monarchs of Europe after the Napoleonic Wars. This was an attempt to repudiate the Enlightenment period of the 17th century, which brought a new vision of the future, which forecast the end of absolute monarchy. Provoked by the challenges to conventional wisdom brought about by science and exploration, mindful of the bloodshed of recent wars of religion and abetted by the easy movement of ideas and people, the thinkers of the Enlightenment sought a new understanding of the human condition.

Beethoven along with Mozart and Bach were members of a political faction in Europe which linked itself to the cause of the American Revolution, a faction which hated the French Jacobins, who supported strong central government, and rightly viewed Napoleon Bonaparte as an enemy of those principles which the American Revolution symbolized.

The era was a cornucopia of ideas, with four themes holding them together: reason, science, humanism and progress. By calling out the common forces of folly, the acolytes of the Enlightenment hoped to overcome them. The knowledge gleaned in the Enlightenment included an understanding of ourselves. The need for a science of man was a theme that tied all the Enlightenment together. Philosophers of the Enlightenment thought they had discovered a simple formula for perpetual human happiness. They were social psychologists who wrote of the moral sentiments that draw us together, the selfish passions that divide us, and the foibles of short-sightedness that confound our best laid plans. The thinkers of the Age of Reason and the Enlightenment saw an urgent need for a secular foundation for morality, because they were repulsed by a historical memory of centuries of religious carnage, the Crusades, the Inquisition, witch hunts, and the European wars of religion. They laid the foundation for what we now call humanism and our own Declaration of Independence.

Beethoven understood the political theory in the Enlightenment that substituted the social contract for divine right and emphasized the natural human rights of political freedom and justice. These ideas denied the absolute authority of monarchs.

Beethoven overwhelmed for a time the European continent, with a feeling of the purest, highest and most glorious happiness that life can yield, the happiness that is at once the most selfish and the selfless, the happiness that the artist sees when his work has been found good, and has for itself a place of enchantment, to capture the spirits of mankind in nets of magic. Beethoven made life prevail through his creation, where "all men become brothers," by creating a living single moment of life's beauty, passion and the unutterable fleeting eloquence that passes, flames and goes slipping forever through our fingers with time's sanded drop, flowing forever from our desperate grasp even as a river flows and can never be held.

Our own experience has given us no adequate understanding or preparation, because it has been steeped in peace without hope, beauty without joy, in tranquil and brutal resignation without exultancy. By weaving Friedrich Schiller's poem Ode to Joy into the fourth movement of his Ninth Symphony, Beethoven has love beating in the pulses of our blood, plunging into the conduits of our hearts, inhabiting the lone inviolable tenement of our lives, to steal through all the adits of our souls, to become all that we did and said and were. Beethoven gave witness to us, that there was no beauty that we did not share, no music and no life that did not have our own exultant being in it.

Beethoven who gave mankind a glimpse of the grace of the divine with his miraculous composing of Ode to Joy, where "all men become brothers," must never be forgotten. In 1972 Ode to Joy was named the anthem of Europe by the Council of Europe. Beethoven hoped to get us all together, especially now in an America and world today that is so lost, so naked and so lonely, thinking together of that greater good, that magic consonance to apply our collective reason to enhance flourishing and reduce suffering, to bring about the progressive change we so desperately need; the illumination of our collective spirits and the grandeur of our souls.