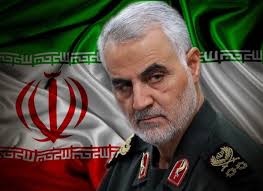 Following assassination of revered Iranian general Qassim Suleimani, nationwide rallies were held on January 25 to abort potential war with Iran. I hope activists used these as opportunities for education about the ancient, complex nation of Iran, the exceptional figure of General Suleimani, and our own terrible deficiencies rather than simply generic anti-war declarations and anti-Trump incitement.

Conventional anti-war activism via petitions, rallies and marches has notably failed to prevent or abate non-stop, serial US aggressions since WWII. In my field of prevention psychology, interventions found measurably ineffective receive no further funding. Peace advocates should be no less empirical. It is obvious by now that activists cannot stop war by simply declaring opposition to it.

Since the majority of Americans oppose our wars, this objective would not seem so difficult. But a 20-year study of 1,779 federal policy decisions over five US administrations by political scientists at Princeton and Northwestern universities found that public opinion had negligible influence, with policies determined instead by business and "economic elite" interests. Given this insight, the 2018 disclosure by Seymour Hersch that the US was "conducting war" in 76 countries is unsurprising.

How is our public manipulated into passive complicity against its own interests? By seductive distractions, self-preoccupation with conditioned identity politics, and relentless, mesmerizing propaganda marketing war through government pronouncements, corporate profiteers, warmongering lobbies, news media, and entertainment beginning in childhood which we must expose and decisively dismember to become effective. The public cannot realistically evaluate national options without essential knowledge evaded by the power-corrupted mainstream press and both major political parties.

Journalism, the only profession explicitly protected by the Constitution as essential to a functional democracy, has betrayed us. By default, citizen journalism becomes necessary to awaken empathy, conscience, judgment, energy and will for major societal transformation. Only by tapping into these deep human wellsprings can we shatter resistive, self-reinforcing habits of lazy thinking and moral self-satisfaction that maintain complacency.

As a first guiding principle Americans must review the UN Charter prohibiting "the threat or use of force against the territorial integrity or political independence of any state." This charter as a US treaty obligation is the "supreme law of the land" under Article VI of the Constitution.

Assassination of General Soleimani is but the latest in a long, bipartisan stream of US violations of international law enshrined in our constitutional foundation that we must stop.

As for war with Iran, this is now unlikely. Iran is not foolish. Their response was carefully measured to deliver a key message. By striking a few carefully chosen targets, they demonstrated their precise guided missiles and detailed knowledge of a U.S. military base. The Pentagon must assume they have mapped the layout of all other U.S. military installations closely surrounding them - over 40 in Iraq, Afghanistan, Pakistan, Turkey, Turkmenistan, Saudi Arabia, Kuwait, Qatar, the UAE, Oman, and the U.S. Fifth Fleet based in Bahrain. Who is menacing whom?

While ominously threatening them, however, our forces also become vulnerable to short-range missiles they have undoubtedly stockpiled. Imagine the tables turned, with Iranian, Russian or Chinese bases lined up along our borders from Quebec to British Columbia and from the Gulf of Mexico to the Gulf of California, with a major naval base nearby. What would we do?

Iran is not an aggressor, has invaded no other nation in some 200 years, and has never attacked the United States. Rather, it is the United States that has attacked Iran. In 1953 the CIA overthrew their democratic parliamentary government with elected Prime Minister Mohammed Mossadegh to secure Iranian oil that Iran had nationalized. We installed Shah Pahlavi who brutally ruled Iran for 25 years through its SAVAK secret police trained and supported by the CIA and Israel's Mossad. When overthrown in 1979, US embassy staff were taken hostage to discourage potential US re-installation of the Shah who had fled to refuge in America.

We then urged and supported Iraq's CIA-asset Saddam Hussein to attack Iran, launching an 8-year war that killed perhaps a million Iranians, capped in 1988 by shoot-down of Iran Air flight 655 by the USS Vincennes in Iranian airspace, killing its 290 passengers and crew. Rather than a court-martial, the Vincennes commander, Capt. William Rogers, received the Legion of Merit award.

Iran and General Suleimani are accused of "supporting terrorists." This refers to Hezbollah, formed in 1982 to repel Israeli invasion and 18-year occupation of southern Lebanon, expanded now to repel regional jihadist/salafist invaders we support. It also refers to Hamas in Gaza resisting Israel's illegal dispossession, periodic massacres and suffocating blockade. Both are recognized resistance forces under international law that permits self-defense, derogated as "terrorists" by the US and Israel.

Iran and General Suleimani are also accused of "killing Americans." Where? In Pittsburgh, Peoria, or somewhere we are illegally invading? Iranian, Iraqi PMF and Hezbollah forces helping allies at their request - as did we in WWII - have no doubt killed American mercenaries and operatives with no right to be there. These units coordinated under General Suleimani prevented ISIS seizure of Baghdad and together with Russian air power are credited with finally bringing the Syrian war toward its close. Its citizens paid him thanks, as did the 5-7 million Iranians who poured out for his funeral. They perceive him as a great patriot and hero. Anyone courageously facing down and progressively defeating his allies' invaders including the world's Goliath, with no blood but theirs on his hands, earns the respect of embattled and colonized peoples everywhere.

As for war prevention, our sanctions already constitute war - the modern version of feudal siege warfare. Economic force kills heavily. Clinton's sanctions on Iraq throughout his two administrations resulted in over a million estimated deaths, and over 40,000 deaths in Venezuela have been attributed to Trump's sanctions. Along with denying our government permission to use bombs, drones and missiles, we must also demand that sanctions on Iran - which we had no right to impose in the first place - be entirely and unconditionally discontinued.