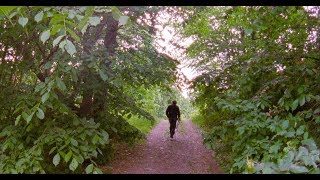 "Nothing," economist Milton Friedman once observed, "is so permanent as a temporary government program." And nothing makes a government's programs -- or, more importantly, changes in its core values -- more permanent than the loss of collective memory that comes with generational changes.

We're hitting a big one soon. It worries me.

Next year, the first generation of Americans who weren't yet born on September 11, 2001 will come of age. They'll graduate high school. They'll get jobs. They'll vote.

What they will not do, because they can't, is remember: Remember a time before the 9/11 attacks, or the changes in American society that took place in the aftermath of those attacks. They won't be equipped to yearn for better days that they've only heard about at second hand from their parents and grandparents.

They won't remember a time when one could walk into an airport and get on an airplane without risking sexual assault in public by employees of the Transportation Security Administration.

They won't remember a time before the domestic national security state was consolidated under an overtly nationalist label more appropriate to its creators' police state aspirations: The Department of Homeland Security.

They won't remember an era when the news wasn't dotted with reports of American troops killed in Afghanistan, which the US has occupied since before they took their first steps.

They won't notice that the US Border Patrol is twice as large now (20,000 employees) as it was when they were born and four times as large as it was in 1995. Or that Immigrations and Customs Enforcement, roughly the same size, wasn't even created until shortly after they were born to replace the smaller and slightly less Darth-Vaderish Immigration and Naturalization Service.

They won't remember a time when the incidence of police "checkpoints" conducting unconstitutional searches in the name of stopping DUIs and drug trafficking ranged from exceedingly rare to non-existent (and when they were fewer than now for immigration enforcement in the 100-mile wide "constitution-free zone" on the borders and coastlines), or when there weren't cameras at every intersection and scattered between to watch them whenever they left their homes.

Because they won't remember those days, all the evils we've allowed the state to impose upon us since 2001 will seem, well, normal to them. And from normality follows permanence.

Related Topic(s): Evil; Gifts; Memory, Add Tags
Add to My Group(s)
Go To Commenting
The views expressed herein are the sole responsibility of the author and do not necessarily reflect those of this website or its editors.