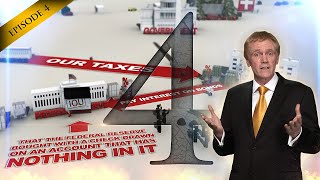 There have been several analyses of the 2018 election results showing that the Republican regions are disproportionately areas that lag in income and growth. In response, we are seeing a minor industry develop on what we can do to help the left behinds.

The assumption in this analysis is that being left behind is the result of the natural workings of the market -- developments in technology and trade -- not any conscious policy decisions implemented in Washington. This is quite obviously not true and it is remarkable how this assumption can go unchallenged in policy circles.

Just to take the most obvious example, the natural workings of the market were about to put most of the financial industry out of business in the fall of 2008. In the wake of the collapse of Lehman, leaders of both the Republican and Democratic parties could not run fast enough to craft a government bailout package to save the big banks, almost all of whom were facing bankruptcy due to their own incompetence and corruption.

It is worth contrasting this race to bailout with the malign neglect associated with loss of 3.4 million jobs in manufacturing (20 percent of the total) between 2000 and 2007 (pre-crash). This job loss was primarily due to an explosion in the trade deficit. The latter was due to an over-valued dollar, which in turn was attributable to currency management by China and other countries, that kept their currencies below the market level.

While most economists now acknowledge the impact of China's currency management, at the time there was a great effort to pretend that this was all just the natural workings of the market. The loss of jobs, and the destruction of families and communities, was not a major concern in elite circles, unlike the prospect of Goldman Sachs and Citigroup going bankrupt.

The decision to bail out the banks is routinely justified as being necessary to prevent a Second Great Depression. No one who says this has a remotely coherent story as to how the bankruptcy of these banks would have condemned us to a decade of double-digit unemployment.

We have known for 70 years how to get out of a depression (it's called "spending money"). if the banks had collapsed, it would have undoubtedly worsened the 2008-2009 downturn, but nothing would have prevented us from boosting the economy back to full employment with a large burst of spending, just as the spending needed to fight World War II brought the economy to full employment in 1942.

Anyhow, let's envision what New York City's economy looks like after the major banks have gone bankrupt and we have a sharply downsized financial sector. In this world, finance looks more like a normal industry. The million dollar salaries are few and far between and many fewer people are employed in the sector. Is New York still racing ahead in this story with others being left behind?

Just to take it a step further, it is not just bailout insurance that the government gives to the financial sector, we also write the laws to foster its growth, even at the expense of the rest of the economy. The rules on bankruptcy, which prevent mortgages from being written down and give derivatives priority over all other debts, were explicitly written to support mortgage backed securities and derivative trading. This is in addition to the tens of billions annually that the industry rakes off individual investors with 401(k) fees and public pension funds with private equity and other scams. In short, we have a problem of the government subsidizing the financial industry at the expense of the rest of the country, not a story of the market just leaving some areas behind.

The situation is even clearer with patent and copyright protections. These government-granted monopolies are explicitly designed to provide incentives for innovation and creative work. If we think too much money is going to the people who do this work, and too little to everyone else, why not make these protections shorter and weaker, instead of longer and stronger, as we have been doing?

It is mind-boggling that the issue of patent and copyright protections never comes up in the income inequality debate. There is a huge amount of money at stake. There is around $380 billion in the case of prescription drugs alone. That is more than five times annual spending on SNAP. If we add in medical equipment, software, the entertainment industry, and all the other sectors where these protections account for a large part of the price of the products being sold, the sum would be close to $1 trillion annually, more than half of after-tax corporate profits.

If we're thinking of regional impacts, what would Los Angeles look like without the entertainment industry and the copyright monopolies that make it possible, Silicon Valley and San Francisco without copyright protection on software, or biotech sector in the Washington DC area with patents? These areas did not get ahead because of the natural course of economic development, they got ahead because we structured the market to provide very large rewards in these areas.

And, to flip over the trade story, imagine that our trade policy was as focused on putting doctors and other highly trained professionals as competition with their low-paid counterparts in the developing world as was the case with manufacturing workers. Let me just state this as clearly as possible.

There are literally millions of very smart ambitious people in the developing world who would be happy to train to U.S. standards, and learn English, and work as doctors for less than half of the pay as our doctors. The reason this doesn't happen is because our doctors are very powerful politically and keep in place professional barriers that make it difficult for foreign doctors to practice here. (And, just to head off some painful stupidity, I know that 20 percent of our doctors are foreign born. If we didn't have protectionist barriers, it might be 80 percent, just like with apparel.)[1]

Dr. Dean Baker is a macroeconomist and Co-Director of the Center for Economic and Policy Research in Washington, D.C. He previously worked as a senior economist at the Economic Policy Institute and an assistant professor at Bucknell University. (more...)
Related Topic(s): Bailout; Banks; Economy; Financial; Jobs; Left Behind, Add Tags
Add to My Group(s)
Go To Commenting
The views expressed herein are the sole responsibility of the author and do not necessarily reflect those of this website or its editors.