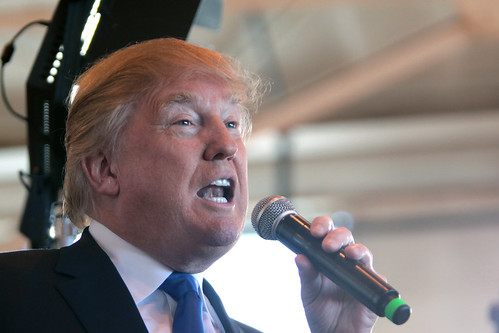 I want it to be known that we Americans are not all as blind and ignorant as our current leadership. This administration is a temporary aberration, not to be confused with the path the is destined to take in the future. We are not all behind his reckless abandonment of the Paris Climate Accord. We are fully aware of how dangerous this recent action is and can prove to be. This action does not represent the feelings and commitments of the American people as a whole, nor for that matter, anything approaching a majority of us as a nation.

The current president has a definite following, but it is a clear minority. Many of those followers are, by nature, hyper-sensitive and focused on an overly protective and isolationist point of view. Many of them are dangerously ignorant of scientific facts, which facts they are encouraged to ignore or refute. This encouragement comes directly from the current administration in an attempt to solidify what the president views as his political base. The bubble in which they have chosen to live, cuts them off from the reality the rest of us enjoy.

Please try not to become too alarmed by this aberration. It will pass in due time when the electorate is given a chance to correct this egregious error, or before (with constitutionally sanctioned leadership reform options).

We, the people of the , continue to stand with you on issues of democratic governance and in solidarity with European free societies' continued health and growth. We do not support and are not enjoying this aberration any more than you are. And above all, we apologize to you for the inconvenience this ignorance has caused. We apologize for the dangers we have placed upon you through this administration. We apologize for the concerns and fears we have engendered through the ignorance and isolationism imposed by this administration. We are sorry. We are very, very sorry, and we will do what we can to alleviate the problem as soon as possible.

One of the precious few positives that can be taken away from this situation is the fact that the president seems to have an affiliation with, and an affection for, the Russian oligarchy currently in control of that nation. This affection might be the most important factor when it is taken into consideration that the nuclear missile codes will likely not be employed--our ICBMs are largely aimed at . The current administration's willingness to use them is therefore compromised by its own foolish affiliation with the nation toward which those missiles are aimed. His reckless immature impulsiveness will likely not extend to intercontinental ballistic missile deployment.

So, as it turns out, our leadership's own ignorance and poorly thought out relationships ironically come to the rescue of us all in the form of an alliance it shares with the nation of greatest concern on the World Stage. Or at least the nation that used to be of greatest concern until the advent of the Trump administration.

Our current president is clearly unbalanced and dangerous. Again, we are sorry. We will fix this as soon as possible. We promise.

Related Topic(s): America; Apologies; Climate; Nature; Oligarchy; Reality; Reform; Reform, Add Tags
Add to My Group(s)
Go To Commenting
The views expressed herein are the sole responsibility of the author and do not necessarily reflect those of this website or its editors.