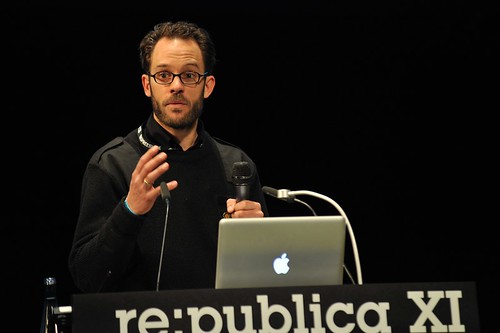 Daniel Domscheit-Berg (DDB), founder of OpenLeaks who defected from the media organization WikiLeaks last year, has apparently destroyed a cache of documents he stole from WikiLeaks when he left the organization. According to reporter Holger Stark of the German news organization Der Spiegel, Domscheit-Berg told Stark some time on August 20 that the cache was gone forever.

On August 19, DDB confirmed to another German news organization, Heise, that he would be destroying at least "3000 unpublished private whistleblower communications." DDB said before taking the risk for the sources that submitted material to WikiLeaks he wanted to be on the safe side. He indicated the files would, under supervision of a notary, be deleted. The deletion would also be confirmed with an affidavit.

He inexcusably decided the files and the encryption keys for the cache would have to be deleted and that those who had submitted documents to WikiLeaks would have to send the material again.

Der Spiegel reports on the contents:

...In the data base was among other things, the so-called "no-fly list" of the U.S. government, on which the names of suspects were listed, which are prohibited from entering an aircraft. Assange said the material would also have insider information from 20 right-wing organizations.

WikiLeaks on Twitter also asserted the 5 GB of Bank of America files were in the cache that was deleted.

On August 20, WikiLeaks founder Julian Assange immediately reacted to news of the cache's destruction, "WikiLeaks does not record or retain source identifying information, however the claimed destruction of documents entrusted to WikiLeaks between January 2010 and August 2010 demands the revelation of inside information so sources can make their own risk assessments."

Assange describes how DDB entered into a relationship with the woman he is now married to, Anke Domscheit-Berg. Anke was "Director of Government Relations" for Microsoft Germany. Daniel moved into Anke's house in Berlin in 2010 and began to live more openly "without any counter-intelligence cover." That led WikiLeaks to issue a "policy directive" that Daniel would no longer be permitted to come in contact with "source material."

Daniel and Anke married. And following their marriage:

DDB secretly, and in clear violation of WikiLeaks internal security directives, recorded internal WikiLeaks encrypted "chat" conversations. He initially publicly denied having done so, but attempted to place many of these recordings into his ghostwritten book, most of which were rejected by his publishers' lawyers as violations of German privacy law. Others he secretly conveyed to hostile media, such as Wired magazine, which had been involved in the arrest and persecution of US intelligence analyst Bradley Manning.

Assange goes on to claim that a "Western intelligence officer" told him Daniel has been in contact with the FBI. He adds Anke was in contact with the CIA when she worked for McKinsey & Company, a consulting group. Assange doesn't jump to conclusions but supplies the information to cast further doubt on the character and motives of a man that has clearly displayed malice toward WikiLeaks in the past months.

Read the entire article at FDL's The Dissenter

Kevin Gosztola is managing editor of Shadowproof Press. He also produces and co-hosts the weekly podcast, "Unauthorized Disclosure." He was an editor for OpEdNews.com
Related Topic(s): Daniel Domscheit-berg; Hackers; Julian Assange; Media; Openleaks; Whistleblowers-ing; Wikileaks, Add Tags
Add to My Group(s)
Go To Commenting
The views expressed herein are the sole responsibility of the author and do not necessarily reflect those of this website or its editors.