OpEdNews staff and friends are in shock over the loss of our dear Jerry Policoff, OpEdNews Senior Editor who perished in an automobile accident in Pennsylvania on Saturday, March 7. He was driving to the Keystone Progress annual conference, in Philadelphia, where he was scheduled to speak on a panel on single payer healthcare. 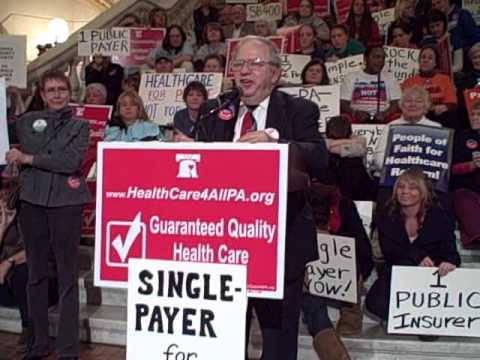 Jerry was an active member of the JFK assassination research community since 1966 when he was a 19-year-old college student. He was the first to break the story - in the New Times - that acoustics analysis performed for the House Select Committee on Assassinations (HSCA) determined that shots had been fired from the front, establishing at least two gunmen and a conspiracy.

Jerry made his living in broadcast advertising sales and sales management for more than 40 years while concurrently researching and writing about the JFK assassination. He has been published in three book anthologies as well as The New York Times, The Washington Star, New Times (for whom he covered the House Select Committee on Assassinations, breaking several exclusive news stories), The Village Voice, Rolling Stone, Gallery Magazine, The Realist and others, in addition to OpEdNews.com.

Jerry appeared in a documentary on the subject and on several television news programs, including the MacNeil Lehrer Report as a journalist for New Times. Jerry was Research Director and Board member of Healthcare4ALLPA, which is promoting the adoption of single-payer healthcare in Pennsylvania and nationally.

Recently, Jerry worked with OpEdNews Editor-in-Chief Rob Kall and the OEN webmaster in the development of an innovative poll tracking page where poll results would be collected and then evaluated by Jerry, a brilliant poll analyst. Jerry played a major role in developing algorithms for acquiring and displaying the poll data for the page. After months in development, the page was set to launch this week.

It won't be the same without him, but OpEdNews will continue to work on the project, which has been renamed the Policoff Poll Page in his honor. Now that OpEdNews doesn't have his poll analysis resources, we are reaching out for help. If you have expertise in poll analyses and have interest in this project, OEN invites you to contact Rob Kall at rob at opednews.com.

"Jerry was a good friend. We travelled to conferences together and were in contact every day working on the new polling page. He was very smart and tough and didn't tolerate fools or nonsense, but he was also kind and had a big heart. When his adopted cat, "Sweetie," disappeared, he was bereft -- it hit him so hard that he was unable to function for a few weeks. As a member of the OpEdNews Senior Editor team he always offered wise advice, even when he disagreed with me. I'll really miss him."

As Executive Director of the Assassination and Archives Research Center, Jerry was one of the hosts of the conference, "The Warren Report and the JFK Assassination: A Half Century of Significant Disclosures," a conference at the Bethesda Hyatt Regency Hotel in 2014, which marked the 50th anniversary of the release of the Warren Report.

Here is a segment of the conference video:

Andrew Kreig, a Washington, DC-based reporter, frequent OEN contributor, Policoff colleague in the JFK assassination community and cofounding director, with Policoff, in 2015 of Citizens Against Political Assassinations (CAPA), had this to say:

"A broadcasting ad salesman by profession through much of his early career, Jerry bravely and expertly became a pioneering critic of media treatments of the JFK assassination."

As illustrated by a PBS MacNeil/Lehrer Report episode on Feb. 24, 1977, hosts Robert MacNeil and Jim Lehrer introduced Jerry as a JFK assassination expert who had by then already spent 11 years challenging the findings of the 1964 Warren Report - and its treatment by the news media, which he described as having "an attitude" of unwarranted deference to official findings. That episode may be seen here (https://americanarchive.org/catalog/cpb-aacip_507-ng4gm82g8j). It drew on one of his major works, published on Aug. 8, 1975 by the investigative magazine New Times under the title 'The Media and the Murder of Kennedy,' a comprehensive survey of the serious shortfalls by top-rated news outlets."

Kreig, a cofounding director with Policoff in 2015 of Citizens Against Political Assassinations (CAPA), continued:

"Always generous with his knowledge and volunteer efforts, and seldom shy with his opinions, Jerry was a passionate advocate of bold thinking within the JFK research community and such progressive initiatives later as 9/11 Truth research and single payer medical care for the public."

Jerry Policoff's keen, passionate endeavors as a Warren Commission Report critic/researcher for more than half a century have contributed significantly to the pursuit of full disclosure of the truth behind the JFK assassination. Jerry's candor and persistence in the search for justice in this case, including his participation in the 40th and 50th anniversary conferences held at the Wecht Institute in Pittsburgh, will forever be remembered and honored by the assassination research community.

Mark Crispin Miller Professor of Media Culture and Communication at New York University and the author of the book: Fooled Again The Real Case for Electoral Reform remembered Jerry:

Jerry Policoff was a great and brave investigator of the media's Big Lies about the most important state crimes of the last half-century. He was especially incisive on the murder of President Kennedy and more recently was doing excellent research on the theft of our elections. He was a generous collaborator and good friend. He will be missed.

Jerry was a progressive Democratic candidate for the Pennsylvania House of Representatives in 2010, this is his video ad:

Jerry deeply loved his rescue cat, Sweetie, and it is a measure of comfort to consider that they have been reunited.

Related Topic(s): Obituary Obituaries; OpEdNews, Add Tags
Add to My Group(s)
Go To Commenting
The views expressed herein are the sole responsibility of the author and do not necessarily reflect those of this website or its editors.