Something did recently occur to me which, interestingly, hasn't been mentioned before.

If Bill Gates, by dint of his sterilization and murder of hundreds of thousands (millions?) of people, "his notorious" public declaration of genocide, and obvious intent to inject tracking devices into the bloodstream of all mankind, etc., is "the Anti-Christ" (either figuratively or literally), one wonders why no one other than primarily a retired choreographer, however smart, charming and certainly industrious (and a few of her acolytes), have been attempting to alert the good people of OpEdNews to this imminent, global, one-man catastrophe, which is so obviously upon us.

Where, I am wondering, are all of the noted progressives (whom most of us believe are the real deal, and which I'm afraid disqualifies RFK, Jr.) in their hysterical warnings, regarding this "easily documented" menace to all of mankind?

And, this is of course just a very partial list.

Personally, I believe the reason not one of them has had a single word to say about the evil Bill Gates is responsible for world wide, or the "very real risk" he poses to the health and well-being of our beloved planet, is because there is not a single shred of real, credible, evidence to support such an utterly preposterous notion, and they know full well that they'd be laughed out of history (to the extent they've given the charge even fleeting consideration) if they suggested otherwise.

As I've said on a number of other occasions, no one who grew up with the Bill Gates as entrepreneur is unaware of the stories of his legendary ambition and ruthlessness in business. And while he may very well not be any more lovable and cuddly now in his 60s he is, at this point, very likely to go down in history as the greatest philanthropist the world has ever known. This by having already given away more than $40 billion of his own personal fortune, and having vowed to give his current net worth of $100 billion, plus any additional and remaining money away by the time he dies. The simple fact that no one else in the world, with his personal resources, is doing even remotely the same thing, (including Warren Buffet) is probably why he is consistently the "Most Admired Man in the World", year after year (more so outside the US where here he is only the 4th most admired.This is probably because the countries receiving his largess are in a much better position to appreciate what it really means.). He is more admired than the Dalai Lama, Bernie Sanders, Barack Obama, Beyonce, Tom Brady even any living cricket player.

Perhaps it's an ironic twist of the American psyche which makes it incomprehensible that anyone who has achieved that status in life which we are all programmed at birth to pursue, i.e. "Wealth and Fame", would actively and willingly spend the second half of their life giving away the "wealth" part.

"I don't believe it!" "It's not possible!" "It's just... not... normal!" is what we are perhaps really saying with these desperate attempts to make the man who has actually done more than any other single person to relieve human suffering on the planet, out to be the one most intent on destroying it.

So, please, do not post any further "documentation" of the "undeniable fact" of the sheer evil of Mr. Gates here. We've seen it, and are quite frankly besotted up to the eyeballs with it.

Please send it to some or all of the folks listed above.

They apparently are the ones who either still haven't heard, or remain firmly, and stubbornly, unconvinced. 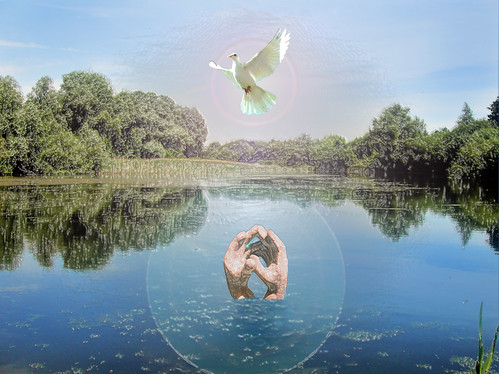