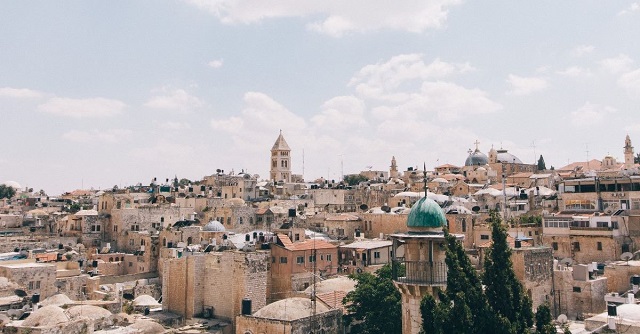 Many of the settlements — contrary to widely held impressions of them — have grown into large towns
(Image by christianheadlines.com)   Details   DMCA

The United Nations postponed last week for the third time the publication of a blacklist of Israeli and international firms that profit directly from Israel's illegal settlements in the occupied territories.

The international body had come under enormous pressure to keep the database under wraps after lobbying behind the scenes from Israel, the United States and many of the 200-plus companies that were about to be named.

UN officials have suggested they may go public with the list in a few months.

But with no progress since the UN's Human Rights Council requested the database back in early 2016, Palestinian leaders are increasingly fearful that it has been permanently shelved.

That was exactly what Israel hoped for. When efforts were first made to publish the list in 2017, Danny Danon, Israel's ambassador to the UN, warned: "We will do everything we can to ensure that this list does not see the light of day."

He added that penalising the settlements was "an expression of modern antisemitism".

Both Israel and the US pulled out of the Human Rights Council last year, claiming that Israel was being singled out.

Israel has good reason to fear greater transparency. Bad publicity would most likely drive many of these firms, a few of them household names, out of the settlements under threat of a consumer backlash and a withdrawal of investments by religious organisations and pension funds.

The UN has reportedly already warned Coca-Cola, Teva Pharmaceuticals, the defence electronics company Elbit Systems and Africa Israel Investments of their likely inclusion. Israeli telecoms and utility companies are particularly exposed because grids serving the settlements are integrated with those in Israel.

There is an added danger that the firms might be vulnerable to prosecutions, should the International Criminal Court at The Hague eventually open an investigation into whether the settlements constitute a war crime, as the Palestinian leadership has demanded.

The exodus of these firms from the West Bank would, in turn, make it much harder for Israel to sustain its colonies on stolen Palestinian land. As a result, efforts to advance a Palestinian state would be strengthened.

Many of the settlements contrary to widely held impressions of them have grown into large towns. Their inhabitants expect all the comforts of modern life, from local bank branches to fast-food restaurants and high-street clothing chains.

The settlements are also gradually being integrated into the global economy, as was highlighted by a row late last year when Airbnb, an accommodation-bookings website, announced a plan to de-list properties in West Bank settlements.

The company was possibly seeking to avoid inclusion on the database, but instead it faced a severe backlash from Israel's supporters.