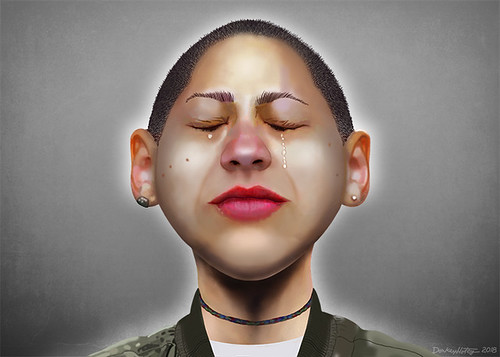 One day in the late 1990s, while traveling in Europe to research my family's Holocaust experiences, I paid a visit to the German elementary school in the small city of Darmstadt (near Frankfurt) that my mother and aunt had attended as budding teenagers in the mid-1930s. Both had recounted experiences to me of being taunted and bullied by non-Jewish children, and how the adult teachers either failed to intervene or encouraged the abuse. Of how, when new anti-Semitic textbooks were introduced, one or another Jewish children were sometimes forced to stand at the front of the class while the teacher explained what made them "different." Eventually, in 1938, teachers told all the Jewish students they were forbidden to attend public school, in line with a government decree, and my mother and aunt, along with other Jewish children, were forced into a private school set up by their synagogue.

I could never fully imagine the reality of such cruelty to children, from adults who had committed their lives to educating children. But one thing that is clear in retrospect: Once Germany decided that children were fair game in the ongoing scapegoating of Jews, there was nothing that couldn't happen, including the Holocaust, which moved into high gear within two years of the children's expulsion.

The notion of cruelty to children in the name of politics remained an abstraction for years after the German visit, until this past week, when I witnessed the political assault against the Parkland, FL, massacre survivors, who led the way in organizing the March for Our Lives in late March. While I and many other Americans were inspired by the commitment of these 14-, 15- and 16-year-olds in memorializing their massacred friends by peacefully assembling and demonstrating for safer schools, a sizable minority of Americans clearly didn't share this perspective.

Rather, many Americans, including some in positions of media and political authority, have had nothing but contempt for the Parkland survivors and the hundreds of thousands of young people who demonstrated with them from around the country. These critics have taunted the Parkland survivor organizers for everything from a few sarcastic signs displayed at the Washington demonstration to the fact that trash was left behind from the demonstration (as there always is when hundreds of thousands of people gather for an event). A Fox News host, Laura Ingraham, even stooped to retweeting an article that labeled one of the Parkland survivors a "gun rights provacateur" and taunting the survivor, David Hogg, that he "whines" for having been rejected from several California state colleges he applied to. (Ingraham has since apologized for her tweets.)

This cruel taunting of Parkland survivors isn't entirely without precedent. Not long after the massacre in Newtown, CT, that killed 20 little children, stories began appearing in some right-wing conspiracy media that no killings had happened, that the attack was actually some kind of government-sponsored exercise involving actors. Variations on this abuse of survivor families continued with other massacres, such as that at a rural Texas church, where 26 children and adults were murdered last year. The pastor, whose 14-year-old daughter was among those killed, had to deal with conspiracy nuts who confronted him at his church.

You wouldn't think that the critics of the Parkland students could sink any lower than their harassment of survivors over signage or "whining," but they did. On the day of the March for Our Lives protests, a Minnesota state representative, Mary Franson, posted a photo of Nazi-indoctrinated teens on her Facebook page, with a quote from Adolf Hitler that described how the Nazi party brain-washed children through the Hitler Youth. While Franson subsequently deleted the post, other similar posts have made it around Facebook, including to my newsfeed via a conservative "friend".

All of which brought me back with a thud to my visit to the German public school attended by my mother and aunt. I visited the school with trepidation, because I think I half expected it to resemble a prison or other austere institutional chamber, and still be haunted by cries of Nazi slogans. But the Goethe School, as it had been known in the 1930s, looked a lot like the public school I had attended growing up in Chicago--a dark red brick building with white shades on its expansive windows, and with an inviting play yard and big shady trees outside.

I guess I shouldn't have been surprised. The assault on Jewish children in Germany was carried out by ordinary, and ordinarily decent, individuals. Just as the assault on children now going on in the U.S. But the dynamics of political-mob psychology are complicated, based on the confluence of many factors. Fortunately, they don't come together very often in civilized societies, but when they do, watch out. They signal an emotional intensity that doesn't allow for rational debate about policy, such as varying approaches to controlling access to guns. Indeed, logic pretty much gets tossed out the window. Such as the supreme irony of bullying children who were lucky enough to survive a madman shooting military weapons at them in school to kill and maim them.