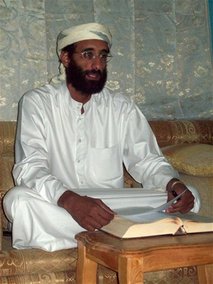 A list of 23 Australian or Australia-based citizens recommended for placement on Australia's "terror link" list was recently published by WikiLeaks.

Embassy Canberra recommends 11 individuals be placed on the NO FLY list and 12 individuals be placed on the SELECTEE list.  The 23 individuals are Australian citizens, or are Australia-based, and are of security interest because they have either an historical or current association with Yemeni cleric Anwar al-Awlaki, or are based in Yemen or the surrounding region and may come into contact with al-Awlaki. The Australian Security Intelligence Organization (ASIO) provided the names and the Embassy Visas Viper committee met on 19 January 2010 to discuss the names.

Six females are recommended for the "NO FLY" list because of their "demonstrated connections with al-Qaida" or their "association with al-Awlaki."  For example:

EMBASSY RECOMMENDATION: NO FLY LIST due to her demonstrated connections with al-Qa'ida and fact that recent threat information suggests AQ Arabian peninsula (AQAP) is looking to identify a female for a future attack.  While we have every confidence Australian authorities can and will monitor her activities and work to prevent her from departing Australia, her past history and association with al-Aulaqi merits her being on a NO FLY status.

That recommendation is for a 57-year old grandmother named Rabiah Maryam Hutchinson, who has been monitored and tracked by ASIO for twenty years. The Sydney Morning Herald describes her as "the 'matriarch' of Australian-based Islamist militants" who "has travelled extensively through strongholds of al-Qaeda including Afghanistan." She has never been charged charged with terrorism, although she is said to have helped form the militant group Jemaah Islamiah, which carried out terrorist attacks like the 2022 Bali bombings that killed 202 people, including 88 Australians.

They don't need to charge me with anything...They don't need to put me in jail. They've taken away everything from me that means anything to me. I have been separated from my children and my grandchildren, from my people, my country. For what? What crime have I committed? What's the justification for what's happened to me?

Another one of the six females is "a Filipino located out of country, making her an attractive target for AQAP to deploy against US and allied interests." She's not in Australia, which means she is more difficult for Australian and US authorities to monitor. She, too, is accused of being associated with al-Awlaki and being a female, whom AQAP may like to use in an attack. There is no evidence in the cable to support the recommendation outside of speculation that she just happens to be the kind of person AQAP or al-Awlaki might like to use against the US in an attack. She is recommended for the "NO FLY" list.

Read the rest of the article at FDL's The Dissenter.

Kevin Gosztola is managing editor of Shadowproof Press. He also produces and co-hosts the weekly podcast, "Unauthorized Disclosure." He was an editor for OpEdNews.com
Related Topic(s): Al-Qaeda; Anwar Al-awlaki; Australia; Cablegate; Dept Of State; Terrorism; Wikileaks; Yemen, Add Tags
Add to My Group(s)
Go To Commenting
The views expressed herein are the sole responsibility of the author and do not necessarily reflect those of this website or its editors.