Click Here to Remove All Ads
Source: The Guardian
Reporting the NSA story hasn't been easy, but it's always been fulfilling. It's what journalism at its crux is about, and we must protect that 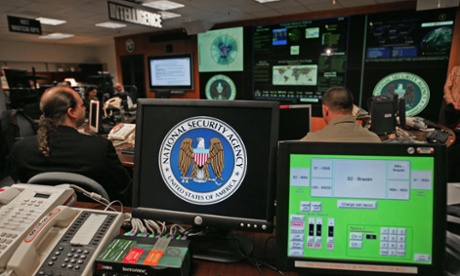 As many of you know, I'm leaving the Guardian in order to work with Pierre Omidyar, Laura Poitras, Jeremy Scahill and soon-to-be-identified others on building a new media organization. As I said when this news was reported a couple of weeks ago, leaving the Guardian was not an easy choice, but this was a dream opportunity that was impossible to decline.

We do not yet have an exact launch date for the new outlet, but rest assured: I'm not going to disappear for months or anything like that. The new site will be up and running reasonably soon.

In the meantime, I'll continue reporting in partnership with foreign media outlets (stories on mass NSA surveillance in France began last week in Le Monde, and stories on bulk surveillance of Spanish citizens and NSA's cooperation with Spanish intelligence have appeared this week in Spain's El Mundo), as well as in partnership with US outlets. As I did yesterday when responding to NSA claims about these stories, I'll also periodically post on my personal blog -- here -- with an active comment section, as well as on our pre-launch temporary blog. Until launch of the new media outlet, the best way to learn of new stories, new posts, and other activity is my Twitter feed, @ggreenwald. My new email address and PGP key are here.

I'm gratified by my 14-month partnership with the Guardian  and am particularly proud of what we achieved together over the last five months. Reporting the NSA story has never been easy, but it's always been invigorating and fulfilling. It's exactly why one goes into journalism and, in my view, is what journalism at its crux is about. That doesn't mean that the journalists and editors who have worked on this story have instantly agreed on every last choice we faced, but it does mean that, on the whole, I leave with high regard for the courage and integrity of the people with whom I've worked and pride in the way we've reported this story.

Related Topic(s): Guardian; Truth, Add Tags
Add to My Group(s)
Go To Commenting
The views expressed herein are the sole responsibility of the author and do not necessarily reflect those of this website or its editors.