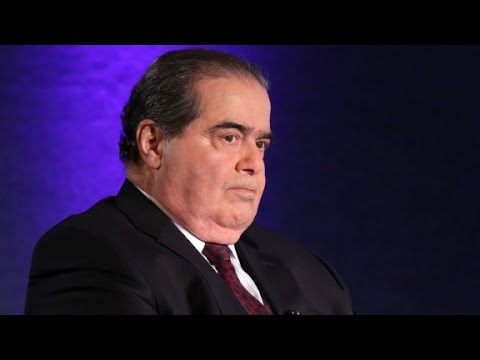 I have a question or two for the Christian evangelicals who are always ready to tell us their god is in control. Of everything. His wisdom is beyond question. His actions -- while usually painful and searingly violent -- are actions that must be accepted and honored even, for example, when this demented god reaches into the crib of a "believer's" infant and kills him or her. God's will. Don't question; just accept. And celebrate. After all, this demented sky spook just acknowledged your existence (as he did Job's) by killing your baby. Praise god! Right??

And the ultra-fucked up Christians who are willing suckers and fools for the slimeballs who preach the really, really sick "prosperity gospel" are the worst of the lot. These narcissists will tell you they are "blessed" by this bullshit because -- proof! -- they got a new Benz or a luxurious house; that the baby-killing god they suck up to finds them so absolutely worthy, so incredibly exceptional, so ... blessed.

If a member of their cult is found to have stage-4 breast, colon, testicular, or ovarian cancer, well ... their spook decided they just didn't hosanna enough, didn't fling their arms to the rafters enough while the huckster on stage (see: Joel Osteen, Creflo Dollar, et al) smilingly told them they have to give more money in order to receive more houses, cars, health, vacations, etc. Consequently, the spook abandoned them, as the slimeball preacher does when the victim can no longer afford the raffle tickets. Taken as a whole -- preachers as well as congregants -- it is a debauchery of the spirit that turns the wonder of life into a bucket of materialistic slime and putrid human waste.

Which brings me to the dead Supreme Court Justice Antonin "Fat Tony" Scalia and my questions to the above mentioned cultists.

Using their degenerate belief system, could it be that Fat Tony was plucked from his afternoon nap and sent to the cornfield because the spook decided he wanted outcomes on pending Court decisions that FT would not deliver? Is this true, Prosperity Pimps? (It would most certainly be their conclusion if it had been the liberal Justice Ginsburg who was dispatched, right?

The prosperity spook really doesn't like unions or affirmative action, or a woman's privacy, or those nasty immigrants. Everybody knows that. (Or should, if you're a paid-up member of the prosperity cult. Amen.) Is this how your god fills his idle hours? What other conclusion can be drawn from FT's death? Isn't it because the spook, being all-knowing and more than willing to give all sorts of shiny, fast, luxurious toys to his pets, must have decided he actually LIKES a woman's right to medical privacy or a just outcome to the other issues FT was eagerly anticipating to be argued before His Eminence? (FT, not the spook.)

And, of course FT was close friends with an entirely different spook, one who believes in keeping people poor, hungry and ignorant; the antithesis of the prosperity spook. And (shudder) you know what happens when the Primo Spook discovers you're sneaking around worshipping some competing spook ... POW! Into the cornfield!!!

So, let me hear from you, spook-followers. And I'm open to comments from the Prosperity Pimps as well as the Fire and Pain Pimps. Frankly, I think I've presented a pretty good explanation regarding FT's death.

If you do write, watch your language.

Mike Malloy is a former writer and producer for CNN (1984-87) and CNN-International (2000). His professional experience includes newspaper columnist and editor, writer, rock concert producer and actor. He is the only radio talk show host in America to have received the A.I.R (Achievement in Radio) Award in both (more...)
Related Topic(s): Belief; Evangelical; God; Justice; Supreme Court Justice Antonin Scalia, Add Tags
Add to My Group(s)
Go To Commenting
The views expressed herein are the sole responsibility of the author and do not necessarily reflect those of this website or its editors.