Click Here to Remove All Ads
Source: The Guardian
Addressing many of the issues arising from last week's NSA stories 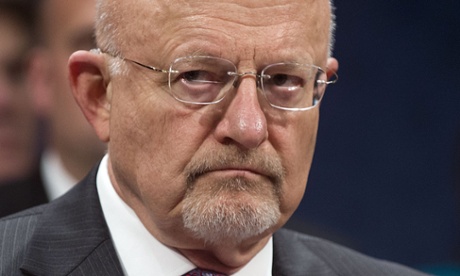 (Image by Unknown Owner)   Details   DMCA
James Clapper, on Saturday decried the release of the information and said media reports about it have been inaccurate Photograph: Saul Loeb/AFP/Getty Images

I haven't been able to write this week here because I've been participating in the debate over the fallout from last week's NSA stories, and because we are very busy working on and writing the next series of stories that will begin appearing very shortly. I did, though, want to note a few points, and particularly highlight what Democratic Rep. Loretta Sanchez said after Congress on Wednesday was given a classified briefing by NSA officials on the agency's previously secret surveillance activities:

"What we learned in there is significantly more than what is out in the media today. ... I can't speak to what we learned in there, and I don't know if there are other leaks, if there's more information somewhere, if somebody else is going to step up, but I will tell you that I believe it's the tip of the iceberg ... I think it's just broader than most people even realize, and I think that's, in one way, what astounded most of us, too."

The Congresswoman is absolutely right: what we have reported thus far is merely "the tip of the iceberg" of what the NSA is doing in spying on Americans and the world. She's also right that when it comes to NSA spying, "there is significantly more than what is out in the media today", and that's exactly what we're working to rectify.

But just consider what she's saying: as a member of Congress, she had no idea how invasive and vast the NSA's surveillance activities are. Sen. Jon Tester, who is a member of the Homeland Security Committee, said the same thing, telling MSNBC about the disclosures that "I don't see how that compromises the security of this country whatsoever" and adding: "quite frankly, it helps people like me become aware of a situation that I wasn't aware of before because I don't sit on that Intelligence Committee."

Related Topic(s): Congress; FISA; NSA; Obama; Prism; Security; Spying; Surveillance, Add Tags
Add to My Group(s)
Go To Commenting
The views expressed herein are the sole responsibility of the author and do not necessarily reflect those of this website or its editors.