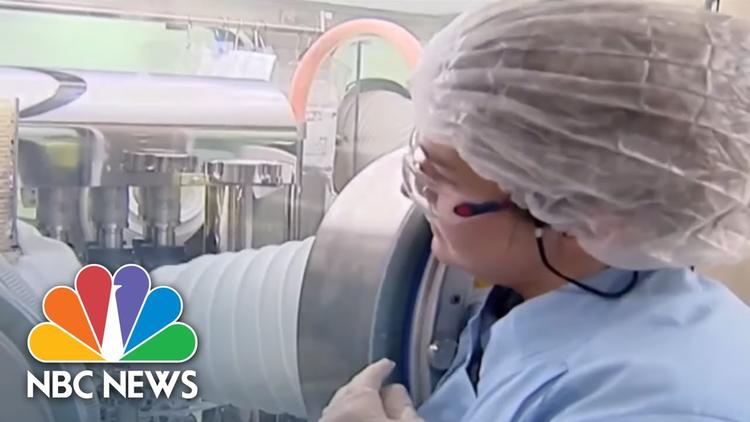 It is a sad Labor Day, in the shadow of the Trump Pandemic. Over a fourth of workers are afraid of losing their jobs because of the pandemic, up from 15% last year this time, according to Gallup. That is, the anxiety over joblessness has almost doubled. Many are much more worried, as well, about having their wages cut. Workers are more anxious than at any time since the Great Recession began to taper off nine years ago.

Some 27 million US workers are receiving jobless benefits. While the government is reporting an improvement of unemployment to 8.4%, it is more like 9% because many workers who have been temporarily laid off mark themselves as "absent." Moreover, some 300,000 of the new jobs are as census workers, which doesn't really tell you that the private sector is rebounding. Not to mention that 8.4% unemployment is apocalyptic.

The bulk of the crisis is owing to the Trump administration's refusal to implement a national testing and tracing program or to encourage mask wearing, and its policy of closing down the economy too late and opening too soon, have all deepened and prolonged the crisis in a way that is not paralleled in other industrialized democracies such as South Korea and Germany.

The fears of the workers are justified, especially those with lower incomes. For those making under $27,000 a year, employment was down 14% this July, whereas for those making over $60,000 a year, it was down only about 1%, according to Shirley Leung and Larry Edelman at The Boston Globe.

Workers of color have been hit harder than whites, with higher continuing unemployment rates and recent gains wiped out.

And remember all the hoopla about essential workers putting themselves on the line for us? That's gone, too, even though at least 130 grocery workers have died of the virus and at least 8,200 have fallen ill with it. Abha Bhattarai at WaPo reports that any hazard pay grocery workers received in the early days of the pandemic is gone, and many have quit rather than get COVID-19 or because they are exhausted from dealing with nasty customers who don't like being told to wear masks or who are just generally rude.This departure of so many has left those who remain bedraggled, overworked, and more vulnerable and just as poorly paid as ever. One of the workers interviewed was making $11 an hour.

You cannot afford to rent an apartment virtually anywhere in the country even at $15 an hour.

Nor are other jobs easy to come by. Almost a million retail jobs have gone up in smoke this year in the US.

David Cay Johnston at The National Memo figures on the basis of a newly released IRS data known as Table 1.4 that:

Gee, imagine that. For over half of US workers, Trump did not in fact create the best economy. People who needed a new $300 washing machine under Obama had the money for it. Under Trump, it evaporated. Imagine how much worse they are now, after Trump mishandled the pandemic for six months and consigned millions to unemployment.

People on the top have made out like bandits, Johnston notes:

"The number of taxpayers making $10 million or more soared 37 percent to a record 22,112 households."

That big Republican tax cut Trump is so proud of only really benefited his super-rich golf buddies.

Meanwhile, America's 600+ billionaires are nearly $1 trillion richer than they were last March 1, according to Inequality.org.

Related Topic(s): Corona Virus Coronavirus Covid-19; Jobs; Labor Day; Labor Shortages; Trump Against Democracy; Trump Untrustworthy, Add Tags
Add to My Group(s)
Go To Commenting
The views expressed herein are the sole responsibility of the author and do not necessarily reflect those of this website or its editors.