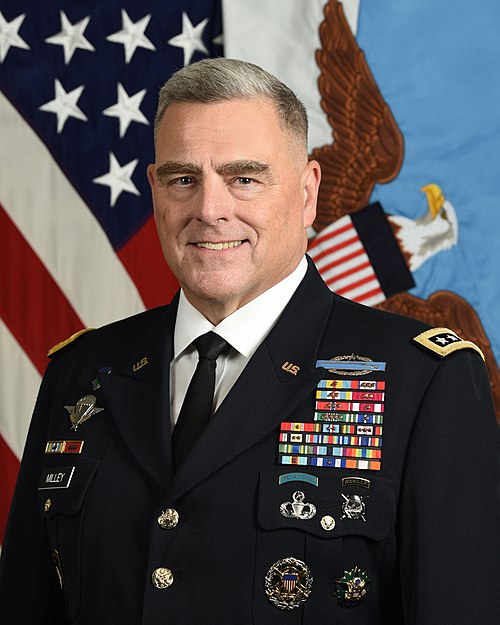 A week after President Harry Truman fired WWII war hero Gen. Douglas MacArthur in April 1951, MacArthur addressed a joint session of Congress with some self-pity about being overruled and under-appreciated by that civilian Truman: "Old soldiers never die -- they just fade away."

MacArthur had publicly criticized Truman for denying him permission to nuke "Red China" after it sent troops into Korea to fight U.S. troops there. That was in April 1951, 70 years ago. Truman explained: "I fired him because he wouldn't respect the authority of the President...I didn't fire him because he was a dumb son of a b*tch, although he was."

Given, comparisons can be invidious, but the most charitable explanation for the behavior of Chairman of the Joint Chiefs 4-star Gen. Mark Milley -- and the explanation most often adduced by those who know him -- is that he merits the sobriquet Truman gave to 5-star MacArthur. I tend to be less charitable, seeing Milley as insubordinate and duplicitous, and -- most important -- trying to illegally insert himself into the sensitive chain of command to authorize the use of nuclear weapons.

Milley has not denied the stunning revelations in the book "Peril" by Bob Woodward and Robert Costa. Aside from the almost incredible (but widely welcomed) report that Milley saw fit to warn his Chinese counterpart that he would give him a heads-up if an armed attack on China was coming, there is the equally astonishing revelation that Milley instructed senior Pentagon officials that he had to be involved in any discussions about launching nuclear weapons.

What's wrong with that, asks The Atlantic. Good guy Milley was extremely worried about bad-guy Trump so he saved us all:

Milley also reportedly called together a group of senior US officers and made them affirm, one by one, that they understood that the procedure for the release of nuclear weapons had to include him. " Milley stayed within the lines, barely."

I sought comment from Col. Douglas Macgregor to confirm my suspicion that The Atlantic is gilding the lily. What Milley did in trying to insert himself into the well established procedure for authorizing the use of nuclear weapons was highly irregular, probably illegal. The Chairman of the JCS has no operational role in this chain. Here's what Macgregor told me today (POTUS, of course, is the President):

"Nuclear chain runs from POTUS to SECDEF to CDR STRATCOM. Obviously, there are others that POTUS can consult, but as far as orders are concerned what's above is accurate. POTUS would also have to grant authority for the use of any tactical weapon at sea or in the air. Again, Milley is the senior military advisor to POTUS. He can be consulted, but there is nothing in the law that requires his participation. Presumably, that's why he insisted that he be involved."

Unlike Truman facing similar insubordination, President Biden on Wednesday expressed "full confidence" in Gen. Milley. Again, comparisons can be invidious, but Trump called him a "nut-job".

As I tried to assimilate all this yesterday, I wrote this rough essay:

Ray McGovern works with Tell the Word, the publishing arm of the ecumenical Church of the Saviour in inner-city Washington. He was an Army infantry/intelligence officer and then a CIA analyst for 27 years, and is now on the Steering Group of Veteran Intelligence Professionals for Sanity (VIPS). His (more...)
Related Topic(s): China; Gen Mark Milley; Nuclear; Pentagon; Soldiering, Add Tags
Add to My Group(s)
Go To Commenting
The views expressed herein are the sole responsibility of the author and do not necessarily reflect those of this website or its editors.