What really caused Keith Olbermann's stunning announcement Friday evening that the show would be his last on MSNBC? Most of the first stories quoted unnamed sources, who said the forced departure was for confidential reasons and had nothing to do with approval by federal regulators last week to approve Comcast's control over NBC Universal, which owns MSNBC. That's not good enough for something this important.

So, let's establish what we know and make a few obvious inferences. In the world of public affairs, a Friday night announcement shows that those in control wanted to limit news coverage. No wonder. MSNBC fired its top-rated news host Olbermann despite the network's struggle with bad ratings across its line-up. During the run-up to the U.S. invasion of Iraq in 2003, MSNBC did the same thing when it ousted Phil Donahue, its top-rated news show host and also a skeptic about a need for the Iraq war.

Conventional wisdom is that news organizations are motivated by maximizing viewers, readers and advertisers, within the bounds of reasonable journalism. And even those of us with experience resisting unwarranted pressures from corporate affiliates on our news organizations still hope for leaders to advocate the best and highest-rated shows whenever possible. 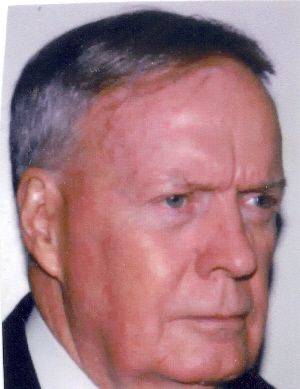 (Image by Unknown Owner)   Details   DMCA
Thus my friend John Kelly, left, a former writer-editor at NBC News during its golden age in the 1960s, commented on the Olbermann ouster, "This is about the most stupid decision at the network since it cut off a Sunday night NFL comeback game in 1968 to show "Heidi." Kelly was working the network news desk that night and tried to call the news division president to get the exciting finale to a Jets-Raiders game back on the air. "But the switchboard operator told me there were so many complaints coming in she couldn't get an outside line," he says. "I didn't know Joe Namath had so many relatives."
Kelly is a director with our Justice Integrity Project after an impressive career as a reporter, CIA official and New York State executive. He draws a distinction between the Heidi glitch and the Olbermann ouster. Kelly noted that the Heidi problems stemmed largely from technical limitations of the era that made it impossible even for the head of NBC News (who separately tried to intervene) to put the game back on-air.
Like others, Kelly says, "We haven't seen real investigative reporting by the networks on any sustained basis in decades." He ascribes Olbermann's departure to a long-simmering plan by network authorities to curry favor with the commentator's powerful opponents in and out of the government. "Olbermann was the most controversial, outspoken on-air personality," Kelly says. "In the barracuda tank, no one needs to read a memo to know what to do."
Savvy executives create deniability for such decisions in the confusion before a deal is complete. The main mystery is how much of the dismissal was to please NBC Universal's current owner, General Electric, the nation's top defense contractor. Paying off Olbermann's contract and losing profits from the show would be small change for a defense contractor to please those whom Olbermann antagonized.
By the same token, Comcast must have acquiesced at the minimum, or otherwise they would have complained about damage to their new network. Comcast's potential motive? To curry favor in Washington, both with a recently revived Republican Party and an Obama administration that wouldn't like more sharp-tongued lectures from Olbermann as it pursues an agenda that appears to many Democrats to be pro-war, pro-Wall Street.
Investigative reporter Robert Parry, the Consortium News founder and frequent OpEd News contributor who broke the Iran-Contra scandal in the 1980s, predicted this kind of scenario last November with Olbermann as the fall guy. Parry wrote "Hard Lessons from Election 2010" here, saying, "Unlike News Corp. chairman Rupert Murdoch, who stands solidly behind the right-wing propaganda on Fox News, the corporate owners of MSNBC have no similar commitment to the work of Olbermann, Rachel Maddow and Ed Schultz. For the suits at headquarters, it's just a balancing act between the ratings that those shows get and the trouble they cause as Republicans reclaim control of Washington."
Prof. Sam Hamod published a similar but even more vehement view Jan. 24 in an OpEd News column entitled, "Firing Keith Olbermann: The Tyranny of the media oligarchs." Hamod wrote, "Keith Olbermann is gone from TV; his truthful comments snuffed out by another of the oligarchs -- the new wedding of NBC and Comcast. We all knew if this wedding took place, it would be bad for America, but none of us knew that the right wing would act so fast and so blatantly against the highest rated show on MSNBC. We are under the control of the four oligarchs in America, and democracy be damned as far as they are concerned. They are: media moguls, corporations and their lobbyists, Congress and the President."
Many were happy, of course. But even they kept a lid on their triumph. The Hollywood Reporter headlined, "Conservatives React Quietly to Keith Olbermann Departure."  Writer Paul Bond wrote, "Forgive the political right while it gloats over Keith Olbermann's reign coming to a close at MSNBC. After all, with a few exceptions, they're being rather civil about Friday's surprising news. At Glenn Beck's TheBlaze.com, for example, there's a straight story and video about Olbermann's departure, with opinion left to those who take the time to post comments, and they were into the hundreds within a few hours."
To be sure, there's an argument that Olbermann had no right to his job after what the New York Times called "years of tension" with his bosses, and and that he made unjustified mistakes of fact, or misguided opinion, much like the rest of us. But the larger issue is lack of transparency with his audience by news executives supposedly keeping us all informed.
Kelly has seen many such erosions of journalism through his long career in television news and other public affairs. "The era of such great leaders as Gen. David Sarnoff at NBC and William S. Paley and such talents Huntley-Brinkley, Jack Chancellor and Edwin Newman are part of history that's gone forever -- along with a commitment to freedom of speech. There's a lot of treachery now below the surface at a place I call 'Dirty Rock,' instead of its old name '30 Rock.' We don't know everything going on there. But if Comcast didn't want to lose MSNBC's largest revenue-producer why didn't they protest his departure? You buy a car missing a tire, and you're going to say something."

"Keith Olbermann's abrupt departure from MSNBC should be another wake-up call to American progressives about the fragile foothold that liberal-oriented fare now has for only a few hours on one corporate cable network," wrote Parry. "Though Olbermann hosted MSNBC's top-rated news show, 'Countdown with Keith Olbermann,' he disappeared from the network with only the briefest of good-byes. But it was a reminder that GE, a charter member of the military-industrial complex and a major international conglomerate, had bigger corporate interests at play than the ratings for MSNBC's evening programming."

"I think we might be looking at increased sales of Pepto Bismol near NBC headquarters," he says, "plus another film production of something like last year's 'Fair Game' about Valerie Plame or 'Network.'  A Spielberg, Redford, Eastwood or Clooney may be telling the story one day on the big screen."