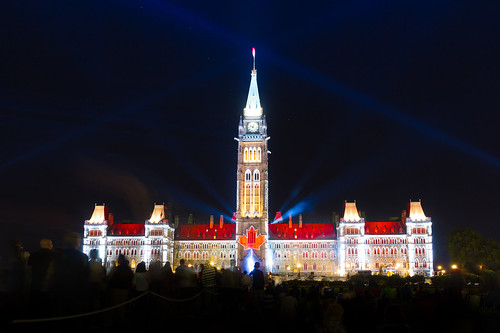 At a recent White House press conference with Canada's Prime Minister Justin Trudeau, President Trump said, "We have a very outstanding trade relationship with Canada. We'll be tweaking it. We'll be doing certain things that are going to benefit both of our countries. It's a much less severe situation than what's taken place on the southern border." The President apparently does not want to acknowledge that Canada has been cheating us on trade for decades.

Trump supporters are big fans of red meat, beer, cheese and movies--four products that Canada trades unfairly. During the Obama administration, Canada challenged our Country of Original Labeling (COOL) requiring Canada to label its beef as a "Product of Canada." Canada, along with Mexico, brought a bogus complaint against the United States to the World Trade Organization challenging COOL's meat-labeling requirement. The WTO, with an ad hoc Mexican "judge-for-a-day kind of judge", predictably ruled in favor of Mexico and Canada. The result of this biased ruling was that our wimpy Congress caved in and changed COOL. It is because of our "friends" in Canada that we can now no longer have country-of-origin labeling on beef imported from any foreign country.

The North American Free Trade Agreement (NAFTA) was supposed to bring us free trade, but it has failed to do so. Canada charges a whopping tariff of 245.5% for any cheese imported from the United States. As a result, it is understandable that we are not shipping to Canada a lot of tasty cheese from Wisconsin or Vermont even though our biggest cheese producers are in states that border our northern neighbor. This is unquestionably unfair, and definitely, not very neighborly.

There is no doubt that Canada brews some fine beer. So why are the Canadians afraid of a little competition? Canada's provinces prohibit the importation of beer. This means that all American-brewed beer is banned in Canada. No Sam Adams, no Sierra Nevada, no Blue Moon, etc. In other words, no American beer whatsoever unless it is brewed in Canada. "Canadian wine and beer producers have long complained of interprovincial hurdles, such as many provinces' restrictions on shipping directly from an out-of-province winery to a consumer, or the decision last December by [Alberta's] Premier Rachel Notley's government to slap a 525-per-cent tax hike on craft beer from outside Alberta." Globe and Mail, April 29, 2016.

Canada has taken billions of dollars in film-production business away from Hollywood; not because of its notorious sunshine, but because of illegal film subsidies. An agreement called "The General Agreement on Tariffs and Trade", signed by most nations of the world, prohibits subsidies for products and services. Over the years, Canada has spent billions of dollars in illegal tax subsidies to create a lucrative film industry and it has succeeded at our economic expense. Brokeback Mountain, Titanic, Texas Rangers, The Incredible Hulk, My Big Fat Greek Wedding, and numerous other films were shot in Canada to take advantage of these huge Canadian subsidies.

Time to Get Tough, Mr. President

Mr. President, if you can't get tough with Canada, how are you going to deal with China and Russia? You were way too nice, and naïve, in your recent meetings with Prime Minister Justin Trudeau. While I mentioned beer, cheese and movies, the largest share of our deficit with Canada concerns domestic automobile manufacturing. Unlike our U.S. car manufacturers, Canada doesn't have to tack on an additional $1,500 per car to cover the cost of employee health insurance because they have socialized medicine north of the border . When you repeal and replace Obamacare, make sure that you consider how we finance our health coverage so that our domestic manufacturers are not put at a real and distinct disadvantage.

By Joel D. Joseph, Chairman, Made in the USA Foundation

Related Topic(s): Canada Election; Cheating; Cheese; Cool; Deficit; Economic; Government; Manufacturing; Subsidies; Tariffs; (more...) Trade; Trade Barriers; Trade Deficit; Vermont, Add Tags  (less...)
Add to My Group(s)
Go To Commenting
The views expressed herein are the sole responsibility of the author and do not necessarily reflect those of this website or its editors.