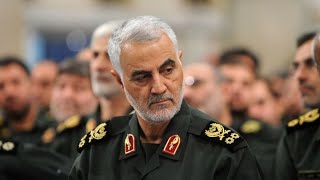 "Our enemies act without conscience. We must not."

I met a man in the 1990s who had served in the military. He was a nice guy, but everyone who met him thought he was crazy. He dressed well and had a decent job, but he was in a different world.

We talked one day when we both had a little time, and I tried to understand what he was dealing with, and the words began to tumble. The U.S. Army had trained him as a sniper and I wondered where he had been deployed. The Gulf War perhaps? No, he replied, earlier. South or Central America, maybe El Salvador or Honduras? No, he replied before that. I thought for a moment. He looked too young to have served in Vietnam, and then I remembered the overthrow of the Shah of Iran, Mohammad Reza Pahlavi, the man the Iranians called the "American Shah," and the U.S. government's efforts to prevent his ouster. Iran, I asked? He nodded and smiled.

I pressed a little further, wanting to know and sensing a need on his part to unburden himself. Officially, U.S. forces were not in Iran, so the first question was "Who put you there?" He said it was a "covert operation." Likely CIA, Special Operations, or both. "Who were you ordered to fire upon?" was the next question. "Anything that moved." That response convinced me that he knew exactly what he was talking about.

John McCain was a hero to me as someone who grew up during the Vietnam War. We didn't yet understand that the Vietnamese called it the American War. Understanding that the Vietnamese had their own way of looking at it explains why McCain could be a hero and bad guy at the same time. But then they weren't over here, we were over there, right?

Iranian general Qassem Suleimani was without any question revered by Iranians. They embraced not only his military accomplishments but his vision. He wanted to free the region of foreign and Western influence, particularly American influence. That is something every Iranian would dearly love.

Suleimani, without any doubt, was responsible for the deaths of hundreds of American service members. The same could certainly be said of American commanders who were his counterparts and whose missions killed far more fighters and civilians in the region.

Suleimani was clearly a general and a soldier, a legitimate target perhaps, but certainly no more a "bad guy" than any commander in any conflict. So why call him one, as every American politician, Republican and Democrat alike, is doing? Donald Trump going so far as to call him a "monster." It's the language of injustice.

If Suleimani was a "bad guy" or a "monster" then assassinating him is presumably okay. But if he was a beloved leader and a figure who could potentially help to restore stability to a region ravaged by war, then those who ordered his extrajudicial killing were acting without conscience and likely illegally.

If our enemies didn't need to be defined as bad guys we might have fewer enemies.

Related Topic(s): Iran; Killed; Monsters; Qassem Suleimani, Add Tags
Add to My Group(s)
Go To Commenting
The views expressed herein are the sole responsibility of the author and do not necessarily reflect those of this website or its editors.