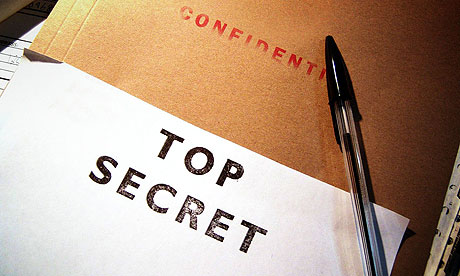 When Barack Obama ran for president in 2008, his pledges of openness and transparency were not ancillary to his campaign but central to it. He repeatedly denounced the Bush administration as "one of the most secretive administrations in our nation's history," saying that "it is no coincidence" that such a secrecy-obsessed presidency "has favored special interests and pursued policies that could not stand up to the sunlight." He vowed: "as president, I'm going to change that." In a widely heralded 2007 speech on transparency, he actually claimed that this value shaped his life purpose:

"The American people want to trust in our government again -- we just need a government that will trust in us. And making government accountable to the people isn't just a cause of this campaign -- it's been a cause of my life for two decades."

His campaign specifically vowed to protect whistleblowers, hailing them as "the best source of information about waste, fraud, and abuse in government" and saying that "such acts of courage and patriotism ... should be encouraged rather than stifled." Transparency groups were completely mezmerized by these ringing commitments. "We have a president-elect that really gets it," gushed Charles Davis, executive director of the National Freedom of Information Coalition, in late 2008; "the openness community will expect a complete repudiation of the Ashcroft doctrine." Here's just one of countless representative examples of Obama bashing Bush for excessive secrecy -- including in the realm of national security and intelligence -- and vowing a fundamentally different course:

Literally moments after he was inaugurated, the White House declared that "President Obama has committed to making his administration the most open and transparent in history." Obama continues even now to parade around as a historically unprecedented champion of openness. In a 2010 speech, he said "I will not stop fighting to open up government," and then praised himself this way: "we have put in place the toughest transparency rules in history: in history." Right this very minute, on the White House website, Obama is quoted this way: "My Administration is committed to creating an unprecedented level of openness in Government" because "transparency promotes accountability and provides information for citizens about what their Government is doing."

Related Topic(s): Obama Attacks Democracy; Obama Cover-up; Obama Effect; Obama Same As Bush; Obaman Hypocrisy; Secrecy - Transparency; Transparency; Whistleblowers-ing; Wikileaks, Add Tags
Add to My Group(s)
Go To Commenting
The views expressed herein are the sole responsibility of the author and do not necessarily reflect those of this website or its editors.