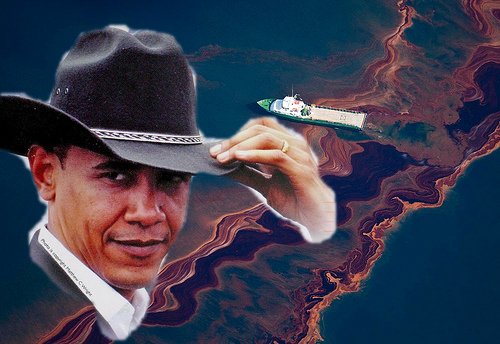 In the next few days, President Obama will announce the formation of an independent commission to investigate the Deepwater Horizon oil rig disaster. The commission will likely be similar to previous commissions convened by presidents to investigate the space shuttle Challenger disaster and the nuclear accident at Three Mile Island.

The commission convened will likely face tremendous pressure from BP, Transocean, Halliburton, and other oil and energy company interests who wish to ensure the commission organized by the Obama Administration does not come to a decision that puts further constraints on offshore drilling or drilling for oil altogether.

McClatchy Newspapers reported May 18, 2010, that BP is withholding facts about the oil leak into the Gulf of Mexico and the Obama Administration is allowing BP to withhold facts. The story said:

"... the results of tests on the extent of workers' exposure to evaporating oil or from the burning of crude over the gulf, even though researchers say that data is crucial in determining whether the conditions are safe.

Moreover, the company isn't monitoring the extent of the spill and only reluctantly released videos of the spill site that could give scientists a clue to the amount of the oil in gulf.

BP's role as the primary source of information has raised questions about whether the government should intervene to gather such data and to publicize it and whether an adequate cleanup can be accomplished without the details of crude oil spreading across the gulf.


Private assurances to not follow all the data and testimony from workers, researchers, and scientists on the disaster may also be made so that information in any published report will have a limited negative impact on oil companies like BP.

A "Supplemental View by Bruce Babbitt," former governor of Arizona who served on the commission that investigated the Three Mile Island accident stated:

"We had a real problem coming to grips with this issue because of the time constraints on examining the characteristics of other utilities operating nuclear power plants. I can, therefore, understand the difficulties in formulating a specific recommendation at this time.

Yet I must believe that our findings do support more than what we have said here by way of recommendations. We cannot simply urge the utility, industry, and the Nuclear Regulatory Commission to pay more attention to safety and to establish higher standards.