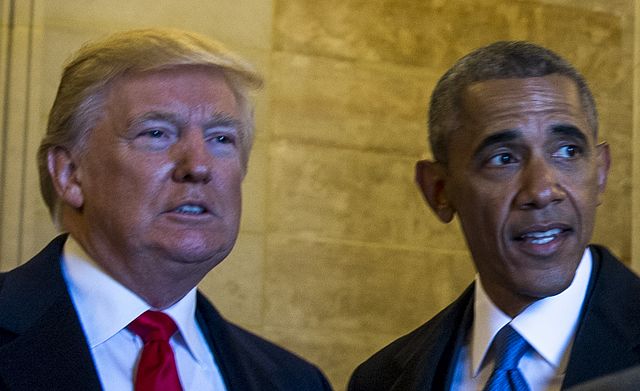 Attorney General Jeff Sessions' September 5th announcement that the Trump Administration is repealing Obama's DACA (Deferred Action for Childhood Arrivals) program for children brought into the United States illegally marks another political low point for a president who stages his photos so he looks tough "like Churchill" but whose governance is so wobbly and noncommittal that he's elevated waffling to an artform.

"I love these kids," Trump said. But the president loves his far-right nativist base more.

You better bet those kids are worried now.

As Barack Obama said after Sessions' statement: "These Dreamers are Americans in their hearts, in their minds, in every single way but one: on paper. They were brought to this country by their parents, sometimes even as infants. They may not know a country besides ours. They may not even know a language besides English. They often have no idea they're undocumented until they apply for a job, or college, or a driver's license."

And, coming from the man who set the stage for Trump's xenophobic and racist policies with plenty of his own, totally empty.

Obama promised comprehensive immigration reform, including legal protection for the DREAMers, during his 2008 campaign. As president, however, he never tried to make it happen -- even in 2009 and 2010, when his Democrats controlled both houses of Congress. Republicans went obstructionist on all things Obama after 2010, so a frustrated Obama farted out DACA as an unconstitutional executive order in 2012.

In a typically perverse Democratic attempt to out-Republican the Republicans, Obama became the "Deporter in Chief," throwing more people out of the United States than all the presidents of the 20th century combined.

Obama's deportees, he promised us, were criminals. "Felons, not families. Criminals, not children. Gang members, not a mom who's working hard to provide for her kids." Sounded like a reasonable policy. Trouble was, one-size-fits-all legal strictures don't account for the complexities of real life.

Hundreds of children of Cambodian war refugees were deported "back" to Cambodia -- a country they had never seen, where they had no friends or relatives -- due to the kind of screw-up privileged whites call "youthful indiscretions" -- many under President Obama. "I had no luggage. I had about $150 in my pocket. No possessions at all," remembers Sophea Phea. "Everything's in Cambodian and you don't even know how to write your name in Cambodian," said Chandara Tep.

"Some don't make it. We've had suicides," said Bill Herod, who founded a charity in Phnom Penh for U.S. deportees.

They weren't all angels. But is it really so shocking that the children of survivors of the brutal wars in Southeast Asia -- wars whose carnage can in large part be blamed on the United States -- might do stupid crap as teenagers? Phea used a stolen credit card; Tep shot a gun in the air during a gang fight. He was 15.

Phea's son, 13, lives in California with his dad. Mom and son can't see each other -- and that's because of Obama.

Related Topic(s): Daca; Deportation; Immigration; Obama Cover-up; Screwed; Trump Mental State, Add Tags
Add to My Group(s)
Go To Commenting
The views expressed herein are the sole responsibility of the author and do not necessarily reflect those of this website or its editors.