"This is one of those rare cases for which the pardon power exists"
By Nika Knight, staff writer 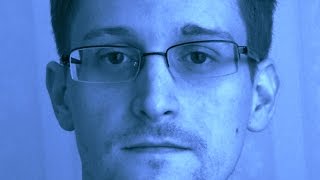 Edward Snowden's lawyer is renewing a push for clemency for the famous NSA whistleblower from the White House before President Barack Obama leaves office in January.

"It's not for when somebody didn't break the law. It's for when they did and there are extraordinary reasons for not enforcing the law against the person," Wizner said. "We're going to make a very strong case between now and the end of this administration that this is one of those rare cases for which the pardon power exists,"said Ben Wizner, head of the ACLU's Speech, Privacy, and Technology Project and Snowden's legal advocate.

Wizner discussed his plans with the journalist Andrew Rice for a New York Magazine cover story about Snowden. Although Snowden admits that "much of Washington remains hostile to him," according to Rice's article, he "is optimistic that he will find a way out, somehow."

"Maybe some Scandinavian country will offer him asylum. Maybe he can work out some kind of deal -- whether outright clemency or a plea bargain -- with the Justice Department. Wizner has been working with Plato Cacheris, a well-connected Washington defense attorney, but so far, there have been no official signals that the Justice Department would be willing to offer the kind of lenient terms Snowden would accept. And a window may be closing. He is unlikely to receive a more receptive hearing from Hillary Clinton, who has said he shouldn't be allowed to return without 'facing the music.' As for Donald Trump: He has called Snowden a 'total traitor' and suggested he should be executed. 'If I'm president,' he predicted last year, 'Putin says, 'Hey, boom -- you're gone.'"

The latest news isn't good for Snowden: on Monday, Norway announced that it was dismissing a lawsuit from Snowden's lawyers seeking safe passage for the whistleblower so that he could receive a free speech award in the country.

The U.S. government filed espionage charges against Snowden in response to his 2013 leaks, and he faces extradition if he travels outside of Russia.

"Oslo District Court has decided that the lawsuit from Edward Snowden against the State regarding extradition, should be dismissed," the court said in a statement.

Rice reports that Snowden told him "he would return [to the U.S.] and face the Espionage Act charges if he could argue to a jury that he acted in the public interest, but the law does not currently allow such a defense."

"These people have been thinking about the law for so long that they have forgotten that the system is actually about justice," Snowden said. "They want to throw somebody in prison for the rest of his life for what even people around the White House now are recognizing our country needed to talk about."

Indeed, only last month former U.S. Attorney General Eric Holder admitted that Snowden "actually performed a public service by raising the debate that we engaged in."

commondreams.org is a progressive publisher
Related Topic(s): Edward Snowden; Justice, Add Tags
Add to My Group(s)
Go To Commenting
The views expressed herein are the sole responsibility of the author and do not necessarily reflect those of this website or its editors.