Obama; Banks Repaying $68 Billion in Bailout Funds-- At a Profit to Govt.

President Barack Obama reports today that a number of banks which received bailout funds will be paying back $68 billion dollars.

Discusses getting rid of no-bid contracts, revising military spending, tightening medicare ... and he calls for restoring PayGo-- the pay as you go rule. Paygo is the mantra of the Bluedog Democrats. It means that only spending that has clear cut source of funding will be allowed.

Observing, "The reckless fiscal policies of the past have left us in a deep hole." he said that he wants paygo in place so members of congress keep in mind the "fiscal horizon." 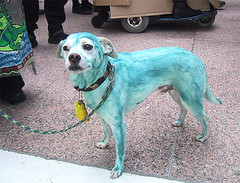 This is a brilliant two pronged response to the Republican attack machine, showing that the bailout is not thrown away money, on the contrary, that it is bringing a profit to the government. Actually, the profit is probably more that these banks have ever paid in taxes in a given year. And the PAYGO policy, which Bush blocked, makes it hard for Republicans to talk about "tax and spend" liberals.

Ironically, this may mean that Obama's mish mosh, corporate health care plan will not pass PayGo muster, while single payer is generally believed to pay for itself, including creating over two million new jobs.  Could this be a strategy that forces bluedogs to back single payer?  Not likely, but possible. This man plays chess not checkers.

Another consideration is that Obama's new move may be a bone he's thrown to the blue dogs to persuade them to pass the health care plan he's pushing. They give him a plan with a public option. They get a huge victory on the fiscal responsibility front.

One thing is clear. This press conference said and did a lot more than was said and done on the surface.