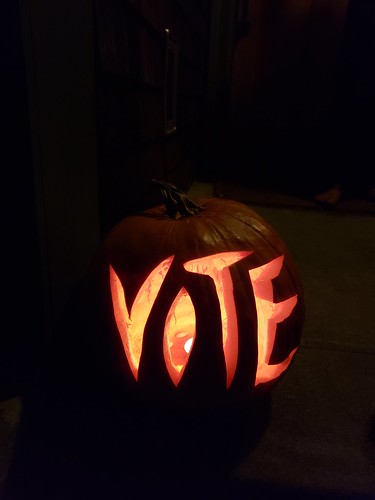 The Rev. Jesse Jackson and Barbara Arnwine headed up a teleconference this evening declaring war against voter suppression in its multiple forms and what we must do now, not tomorrow, to fight back effectively.

"War is being waged against our democracy, our vote!" she began. It targets all people of color, students, LGBTQIA, and present and past felon populations. "We must think creatively. "This is the fight of our lifetimes!"

The conference must be and remain nonpartisan, Arnwine stressed more than once. No politics should enter the conversation. She later referred back to Rev. Jackson's pioneering organization of nonpartisan hearings on election suppression issues back in 2004.

She detailed repressive actions taken in the last two months: the effort in Wisconsin in December to purge 209,000 votes from the registration rolls, for example. In Georgia 289,000 voters must be re-registered, but they don't know that they have been purged. The "exact match" requirement has successfully purged 25 to 50 percent of absentee votes (that is, John Q. Jones's name is John Quincy Jones on the voter rolls; thus farewell John Q.'s vote even though they are one and the same person).

In Florida, citizens voted enthusiastically to lift restrictions on ex-felons' voting, but the state legislature decided that they meant that the hefty fines these indigent people are charged must first be paid.

Good things have happened, too: automatic voter registration in New York State and New Jersey and vote restoration for felons in New Jersey and Kentucky in mid-December. In Manhattan, citizens voted in favor of instituting ranked choice voting.

The victories in 2018 were a beacon. "We must unite and innovate and have courage like never before. We will be the difference!"

Rev. Jackson, founder and head of the Rainbow Push Coalition, was introduced as an icon and global treasure, a most decisive voice for human rights and civil rights.

He said that we wasted Dr. King's birthday, that we're neutering him, that he spent his final birthday doing community service.

"When people know better, they do better!" The reverend said, referring to the enormous value of education.

Echoing Arnwine, Andrea Miller of People Demanding Action called for new tools for this elevated warfare, just as formidable and effective as the weaponry the opposition keeps designing and implementing so successfully.

Referring to the millions of dollars allocated toward election security and other exigent needs by the federal government, she said that in the South, Representatives don't want to be told how to spend this funding. Now we must fight to use it for voter registration. We must divest ourselves of DREs (touchscreen voting machinery that cannot produce recounts).

Related Topic(s): Corruption; Democracy; Facebook; Purge; Strategies; Vote Suppression; Voter Disenfranchisement; Voter Participation; Voter Rolls Purged; Voting, Add Tags
Add to My Group(s)
Go To Commenting
The views expressed herein are the sole responsibility of the author and do not necessarily reflect those of this website or its editors.