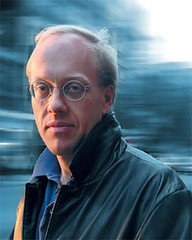 On the show this week, Chris Hedges discusses with journalist and writer May Jeong the deep American roots of the Atlanta shootings.

May Jeong's op-ed, 'The D eep American Roots of the Atlanta Shootings - The Victims Lived at the Nexus of Race, Gender and Class', was published in the New York Times on March 19, 2021.

Jeong is a writer at Vanity Fair and an Alicia Patterson fellow. She is working on a book about sex work.

Related Topic(s): American Facism; American_History; Atlanta Shootings; Atlanta Shootings; Chris Hedges; Shootings, Add Tags
Add to My Group(s)
Go To Commenting
The views expressed herein are the sole responsibility of the author and do not necessarily reflect those of this website or its editors.