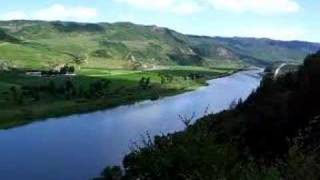 It bears repeating that the threats engaged in by American president Donald Trump have a profoundly destabilizing effect on global security, and were they to be taken seriously, which would require an enormous leap of faith, they could in-and-of-themselves easily ignite a catastrophic global conflict. But for Mr. Trump's utter lack of credibility, they well might.

That said, nuking North Korea is not as simple as ordering a pizza with everything. A quick glance at a map of North Korea and the surrounding region illustrates the geographical realities of using nuclear arms on a crowded planet.

North Korea may be "isolated" politically and economically, but the Hermit Kingdom is located in a very crowded and strategically sensitive neighborhood. Sandwiched between two superpowers, China and Russia, and little more than 500 miles from the coast of Japan, North Korea's space on Earth is intricately woven into the fabric of one of the most influential regions in the world.

So then, how many nuclear warheads is it intelligent for the US to drop on what is effectively China's doorstep? On Japan's doorstep? On Russia's? People are wondering what it would take to make Donald Trump and Vladimir Putin true adversaries. That would do it.

In addition, all the jabber about bringing jobs back to American workers notwithstanding, a huge segment of the US and the Western world's economy is dependent on China's manufacturing capabilities. Japan, however, may be America's most productive trading partner. Not only do they innovate spectacularly, they have also had the vision to establish manufacturing facilities in the US, creating exponentially more jobs for American households than Donald Trump ever will.

But all of that pales in comparison to the global ramifications of a full nuclear engagement between the US and North Korea. The full scope of radiation released into the earth's atmosphere in such a scenario is difficult to calculate precisely, but it is certainly plausible that all of Earth's atmosphere could be toxified for generations to come.

The impediments to employing the nuclear option in North Korea are so great, and Donald Trump's predilection for duplicity so well documented, that his true motives must unavoidably come into question.

One tactic Trump has repeatedly engaged in when he sees a bad news day coming is deliberately creating a distraction. The more colorful the better. A recent example is his announcement of a ban on transsexuals in the military. Unbeknownst to the public, Trump had just received word that the home of his former campaign manager, Paul Manafort, had been raided by the FBI in conjunction with the investigation headed by Special Counsel Robert Mueller. The Manafort raid, though not reported until weeks later, occurred on July 26; Trump's unexpected announcement that transsexuals would be banned from the military occurred that same day.

So is a proposed nuclear war the ultimate diversion? Is the pressure from Robert Mueller's investigation becoming so difficult for Trump to tolerate that he would threaten nuclear war to divert attention from news of his legal entanglements? Would Trump start a war to shore up public support for his presidency? Would he be the first US president to do so?

Trump's threats to North Korea have already irrevocably damaged the security of every nation on earth. Motive is at issue.

Related Topic(s): Donald Trump; Jobs; North Korea; Nuclear Attack; Threats, Add Tags
Add to My Group(s)
Go To Commenting
The views expressed herein are the sole responsibility of the author and do not necessarily reflect those of this website or its editors.