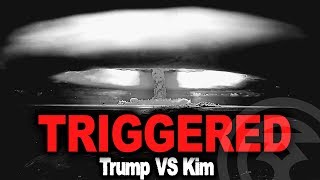 When President Donald Trump bragged that his nuclear "button" was bigger and more efficient than North Korean leader Kim Jong-Un's "button," he was perpetuating the myth that the leaders of nuclear-armed nations control their weapons. But you do not have to be Trump, Kim, Vladimir Putin, Theresa May, Xi Jinping, Narendra Modi, Mamnoon Hussain, or Benjamin Netanyahu to push that "button." There are thousands of buttons and thousands of people who can initiate a nuclear war.

Indeed, the very nature of nuclear weapons requires that the power to use them is decentralized and dispersed. And while it is sobering to think of leaders like Kim and Trump with their finger on the trigger, a nuclear war is far more likely to be started by some anonymous captain in an Ohio-class submarine patrolling the Pacific or a Pakistani colonel on the Indian border.

In his book "The Doomsday Machine: Confessions of a Nuclear War Planner," Daniel Ellsberg says that the recent uproar over Trump's threats to visit "fire and fury" on North Korea misses the point that "every president has delegated" the authority to use nuclear weapons. "The idea that the president is the only one with the sole power to issue an order that will be recognized as an authentic authorized order is totally false," he told National Public Radio.

If a single "button" were the case, decapitating a country's leader would prevent the use of nuclear weapons. Take out Washington (or Mar-a-Largo), Moscow, or Beijing and you would neutralize a nation's nuclear force. In reality, the decision to use those weapons merely shifts further down the chain of command. The Russians call it "dead hand": Moscow goes, and some general in the Urals launches an ICBM or the captain of a Borei-class submarine in the Sea of Okhotsk fires off his multiple war head SS-N-32 "Bulava" missiles.

During the 1962 Cuban missile crisis, a single commodore on a Soviet submarine off Cuba, Vasili Arkhipov, refused to okay an order by the sub's first and second in command to launch a nuclear tipped torpedo at U.S. warships that were harassing the vessel. If he had not intervened, according to Ellsberg, it is quite likely there would have been a nuclear war between the U.S., its allies, and the Soviet Union.

The problem with nuclear weapons -- besides the fact that they are capable of destroying human civilizations and most life on the planet -- is that they are actually quite fragile, with a very limited life span: "use them or lose them" is the philosophy of nuclear war planners, because if you hesitate, your opponent may destroy them before they can be launched.

The more efficient and accurate your nuclear force, the more destabilizing it becomes. For instance, the U.S. has thousands of nuclear weapons deployed in a "triad": air, land and sea. To attack the U.S. with nuclear weapons would be tantamount to committing suicide, because no matter how large the attacking force was, it would be almost impossible to eliminate every warhead.

Conn M. Hallinan is a columnist for Foreign Policy In Focus, â€œA Think Tank Without Walls, and an independent journalist. He holds a PhD in Anthropology from the University of California, Berkeley. He (more...)
Related Topic(s): Nuclear Buttons; Nuclear Powers; Nuclear Weapons, Add Tags
Add to My Group(s)
Go To Commenting
The views expressed herein are the sole responsibility of the author and do not necessarily reflect those of this website or its editors.