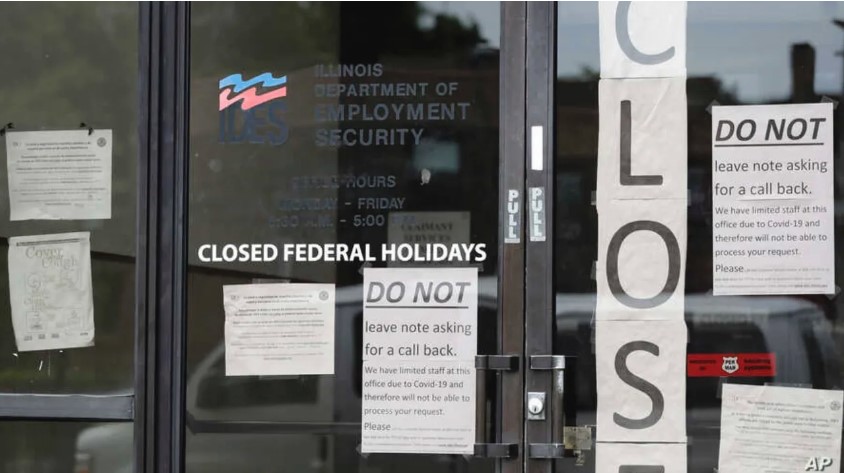 For the 50% or so of Americans who can be considered poor by modern standards, and especially for the tens of millions of people among them who've lost their jobs this year, life isn't going back to normal. Counting the discouraged and underemployed workers, well over 20% of the country is now unemployed, and this has created an irreparable hole in how the economy works. Most of these lost jobs aren't coming back now that much of retail has permanently collapsed, many small businesses have gone under, and big companies will refuse to rehire many laid-off workers in order to save on costs in the shrunken new economy. In a situation like this, all the household debt that lower-class Americans have accumulated since 2008 will reach unmanageable levels, exacerbating the new housing bubble that's also appeared this year.

The only recourse for U.S. capitalism's victims has been to revolt. The Black Lives Matter protests have gained such wildly unprecedented numbers, and have led to the creation of an autonomous Seattle zone, because the country was a tinderbox for unrest before George Floyd's murder. It was a tinderbox even before this latest crash. Forty years of rising inequality amid neoliberalism have made the U.S. much like the third-world Latin American countries that have erupted into unrest throughout the last year.

This is because the poor in the U.S. are living in third-world conditions, despite what the U.S. capitalist ruling class says. In addition to the widespread homelessness, substandard housing, and food insecurity among the bottom poorest 50% of Americans, their lack of access to healthcare makes their third-world status clear; in the third world, whether one can get medical care is directly tied in with whether they have enough money, and in America this has been the case for decades. With COVID-19, this extreme austerity model for healthcare has come to affect poor Americans perhaps more than ever.

So what will happen when these third-world people who've been promised a first-world life find that their current conditions aren't going to improve, but will only get worse as the crisis continues? What will they do when the most significant federal unemployment benefits stop coming this August, further taking both the unemployed and the entire economy downward?

All these factors are going to produce new waves of unrest. Even if the current wave of protest is repressed like the Occupy Wall Street movement was, they'll be followed by some new spark of outrage that gets millions of people into the streets. It could be another police killing, or an outbreak of anger over the government's refusal to keep major unemployment benefits going past July, or a rallying effort against the inadequate healthcare conditions that we'll face as COVID-19 surges again later this year. Whatever the catalyst, it will be merely a trigger for the revolutionary momentum that's long been building up.

"Few predicted new revolutions in Chile or Iraq or Algeria," Yves Smith wrote last year. "But popular uprisings have a way of confounding conventional wisdom. The catalysts for each of these uprisings have also been surprising. The protests in Chile began over an increase in subway fares. In Lebanon, the spark was a proposed tax on WhatsApp and other social-media accounts. Hikes in fuel tax triggered the yellow vest protests in France, while the ending of fuel subsidies was a catalyst in both Ecuador and Sudan. The common factor in all these movements is the outrage of ordinary people at systems and laws that reward corruption, oligarchy and plutocracy at the expense of their own quality of life. In each country, these catalysts were the final straws that broke the camel's back."

If we actually want revolution against the systems of capitalist and colonial oppression to come from this, we'll need to channel these waves of unrest towards building a movement for an anti-colonial and proletarian revolution. Anti-colonial organizations like the African People's Socialist Party need to be joined and promoted in order to move the country in the direction of decolonization. Marxist-Leninist organizations like the PSL also need to be built up amid the rising interest in class struggle. Without this effort to create a revolutionary vanguard--an institutional structure that can guide the masses towards the new system they need--all this anger will fail to produce change.

Related Topic(s): Austerity; Economy Recession; Healthcare; Revolution; Uprisings, Add Tags
Add to My Group(s)
Go To Commenting
The views expressed herein are the sole responsibility of the author and do not necessarily reflect those of this website or its editors.