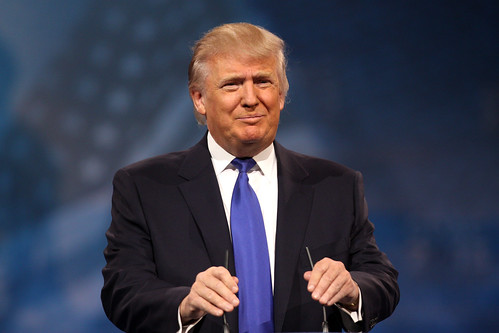 What can we conclude from the utter and total failure of the Russiagate "investigation" to find any evidence of "Russian collusion"?

We can conclude that it was a hoax cooked up by an utterly corrupt and immoral military/security complex determined to protect its $1,000 billion annual budget and the power that goes with it from the loss of its Russian enemy to normalized relations.

We can conclude that Hillary's DNC was partner to this crime and that scum like Jarrold Nadler and Adam Schiff have destroyed the reputation and credibility of the Democratic Party.

We can conclude that the US media is devoid of all integrity, morality, and truthfulness and has forever discredited itself as a source of objective and accurate information.

We can conclude that a corrupt military/security complex and Democratic Party were so determined to serve their own narrow self-interests that they were willing to subject the entirety of the world to a higher risk of nuclear war.

We can conclude that the fact that such filth as Mueller, Brennan, Comey, Rosenstein, and Clapper were at the top of US intelligence and criminal investigation is conclusive proof that the US government is a criminal organization.

Keep in mind, as Tucker Carlson reminds us, that Mueller's "investigation" was not a well-intentioned investigation conducted by open-minded people who turned out to be wrong. It was an organized witch-hunting event determined to destroy the President of the United States.

What will be the consequences of this failed act of high treason on the part of the Democratic Party, military/security complex, and presstitute media to falsely convict the duly elected President of the United States and remove him from office? Will President Trump be content with his enemies' failure and move on, or will he hold them responsible for their criminal actions? Keep in mind that Mueller's "investigation" was based on spy warrants obtained by deceiving the FISA court, which is a felony. Keep in mind that Mueller's indictments of Manafort and Stone are far outside the designated scope of his investigation and have nothing whatsoever to do with Russiagate. This makes the convictions of Manafort and Stone illegitimate.

Where is Trump's pardon of these illegitimately convicted Republicans?

If Trump fails to pardon the two victims of a hoax investigation, we will know that Trump is a coward with no integrity and moral conscience. It will prove him to be as despicable as his enemies.

Mueller's effort to frame the President of the United States was never a real investigation. Left uninvestigated was the proven fact that the Hillary emails allegedly hacked by a Putin/Trump conspiracy to steal the presidential election were downloaded on a thumb drive, most likely by the DNC staffer, Seth Conrad Rich, who was mysteriously shot dead on a Washington street in an unsolved, and uninvestigated, murder case.

Mueller and the FBI made no investigation of the DNC computers.

Mueller and the FBI ignored the fact that the known download time of the emails was far quicker that is possible via the Internet. In other words, according to the time dates, the emails could not possibly have been hacked by Russians and given to Wikileaks.

This undisputed fact will remain ignored, unless President Trump intervenes, because it completely obliterates the false case the criminal US Department of Justice (sic) has concocted against Julian Assange.

Related Topic(s): Russiagate; Trump Conflict Of Interest; Trump Fake News; Trump Presidency; Trump Russia Connection, Add Tags
Add to My Group(s)
Go To Commenting
The views expressed herein are the sole responsibility of the author and do not necessarily reflect those of this website or its editors.