Republicans keep finding new ways to tell us that they don't believe in democracy, and we should believe them. 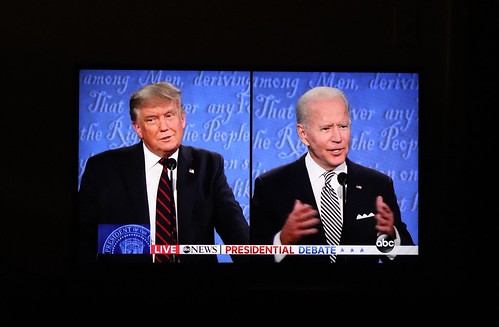 THE CHORUS OF Republican voices echoing manufactured claims of mass election fraud hasn't petered out yet. So, is it:

My take? A through D are definitely happening, while the risk of E being a real threat is very slim. But slim isn't nil and given the stakes, that's makes it enough to deserve some attention.

To be clear, the reason a tin-pot coup attempt remains highly unlikely has nothing to do with the laughable idea that Republican lawmakers have too much respect for core democratic principles to engage is such a brazen power grab. These are people who owe their holds on state power, and in many cases their entire careers, to openly anti-democratic redistricting schemes and other wily tools of suppressing, at all costs, the terrifying prospect of majority rule. They keep finding new ways to tell us that they don't actually believe in representative democracy, and we should believe them.

Related Topic(s): Biden Harris; Corona Virus Coronavirus Covid-19; Coup Attempt; Election; Obama; Trump Against Climate Change; Trump Against Democracy; Trump Liar; Trump Loser, Add Tags
Add to My Group(s)
Go To Commenting
The views expressed herein are the sole responsibility of the author and do not necessarily reflect those of this website or its editors.