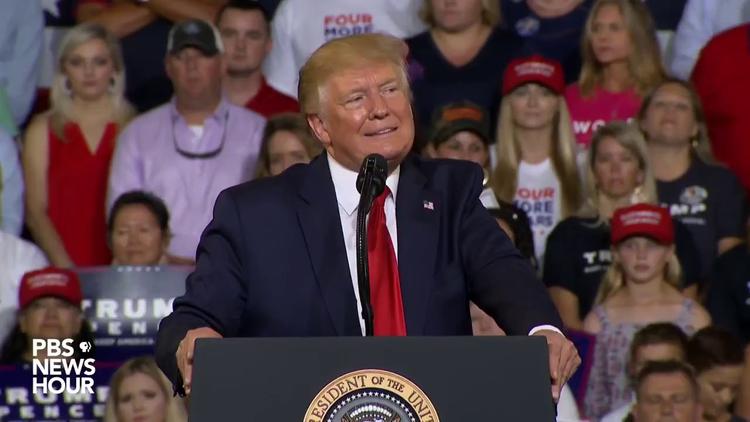 Trump's crowds have started chanting "Send her back!" referring to Rep. Ilhan Omar (D-Minn.), a Somali-American who came as a refugee when a child and was naturalized. The idea that some citizens are less loyal or less patriotic or less deserving of residency than other citizens is not new in American history. Socialists from Scotland and Ireland and Italy were summarily put on boats after WW I without a shred of due process. But deporting those not viewed as knee-jerk loyal to the Great Leader has been more common in dictatorships than democracies, and the former is where America is going if we aren't careful.

Nazi comparisons are well known, but let us consider some other dictatorships where they chanted "send her back" in the last century, and think about whether we want America to be like them.

1922-1953: Dictator Joseph Stalin deported millions of his people from their native towns and villages to places like Kazkhstan, Uzbekistan and Siberia, focusing on national minorities he felt he could not trust to be loyal Soviet citizens. Most of these deportations were technically internal, though Siberia was like a different country for peoples from the West. Some were expelled abroad. After WW II, in 1945-46, over 1 million ethnic Poles on the Soviet side of the border were involuntarily expelled to Poland by Stalin.

1971: Iraqi dictator Ahmed Hassan al-Bakr head of the Baath Party in Iraq's one-party state, deported 100,000 Iraqis to Iran on the grounds that their families had Iranian last names. It was common in the medieval Muslim world before the rise of modern nation-states for traveling merchants and scholars who lived at least five years in a city to take that city as their family name. So if an Iraqi lived for a long time in Shiraz, he might become al-Shirazi on returning to Baghdad. If he did this in 1500 and his descendants kept that family name, they would have been surprised to find Baath goons in black Marias at their doors in the middle of the night, rousting them and putting them and their families over the border into Iran. The Baath was at that time dominated by Sunni Muslims and al-Bakr's clique was from Tikrit, while most people with Iranian surnames were Shiites, so this was actually an attempt at social engineering. Sunni Arabs are only about 17% of Iraqis and Shiites are 60%. So the Baath-Sunni response to trying to rule as a minority was to try to cut down on the number of Shiites, whom some paranoid Sunnis anyway saw as actually Persians or Iranians.

1975-79: Pol Pot and the Khmer Rouge imposed a peculiar sort of totalitarian Communism on Cambodia that involved sending people, especially members of minorities not viewed as fully "Cambodian" out of the cities to distant fields. The NYT noted, "The Khmer Rouge especially targeted members of minority ethnic groups the Chinese, Muslim Chams, Vietnamese and Thai who had lived for generations in the country, and any other foreigners, in an attempt to make one "pure" Cambodia. They were forbidden to speak their native languages or exhibit any "foreign" traits. The pogrom against the [Muslim] Cham minority was the most devastating, killing more than half of that community. ... Hundreds of thousands were forced into exile in Thailand. The US had paved the way for the Khmer Rouge rise by massively bombing the country (with as much ordnance as was dropped on Japan in WW II) in the early 1970s, about which President Nixon lied to Congress. Reagan and subsequent presidents later supported Pol Pot against Hanoi.

1973-1990: The regime of Augusto Pinochet in Chile made 200,000 mainly leftist Chileans refugees with a crackdown after a CIA-sponsored coup against an elected, Communist president. Over 2,000 were simply killed and some 27,000 tortured. Some of those executed were "disappeared." (This technique was later adopted by the Argentinean junta after 1976, as well; it disappeared tens of thousands. Some were pushed out of airplanes over the sea. That's sending them back,all right.) Among those "sent back" from Chile by Pinochet was novelist Isabel Allende.

2011-present: Syrian dictator Bashar al-Assad of the Baath Party (what is it with the Baath Party?) dealt with the 2011 youth uprising, which demanded more personal liberties, by drawing up tanks and firing on the demonstrators. He deliberately turned a political protest into a civil war, as the dissidents got weapons to try to fight back against the brutal army attacks. As a result, al-Assad "sent back" some 6.5 million Syrians who are now refugees in Turkey, Lebanon, Jordan, Egypt and Europe. The Syrian government had earlier taken away citizenship from a substantial number of Kurds, which is a form of "sending back." It did this because Kurds are not Arabs. (Arabs are the "whites" of Syria and Kurds are like African-Americans or Latinos). In fact, the Baath Party, which is about Arab racial superiority and economic perquisites for the party elite, has a lot in common with the Trump wing of the Republican Party.

By the way, Ilhan Omar, who escaped from a Somalia locked in a long-term struggle among various forms of authoritarianism, knows exactly what Trump is doing to her. She's seen this movie, in Africa and the Middle East. Someone whose great-grandparents lived under Mussolini knows fascism when she sees it. Which is why she knows how to respond with grace. She is sure that however powerful fascism may be elsewhere, it cannot win in the United States of America.

Related Topic(s): America; Arab; Deportation; History; Ilhan Omar; Refugees; Trump, Add Tags
Add to My Group(s)
Go To Commenting
The views expressed herein are the sole responsibility of the author and do not necessarily reflect those of this website or its editors.