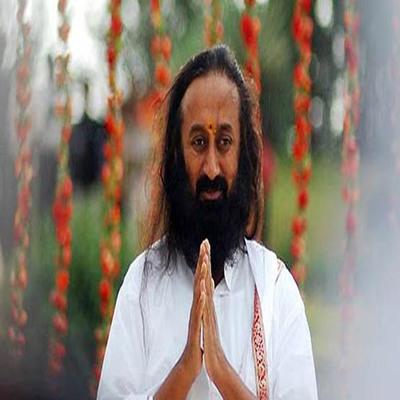 There is a massive heart-burning in The Hindu and Indian Express today on the appointment of spiritual leader Sri Sri Ravi Shankar by Supreme Court as one of the mediators in the long-simmering Ayodhya dispute.

Word almost similar against Sri Sri Ravishankar's have appeared in the Wire (through its editor Sidharth Bhatia), the Quint and the Scroll how work in perfect unison!!!--; and of course National Herald. But I would concern myself with the big bosses The Hindu and Indian Express rather than the sidekicks on the matter.

The Hindu, in an edit piece, writes: "The inclusion of Sri Sri Ravi Shankar as one of the mediators is controversial. In the past he has made remarks to the effect that Muslims ought to give up their claims and that the failure to find a negotiated settlement will result in 'civil war'."

The Indian Express, through this commen t on its editorial page, questions "the choice of mediators, particularly Sri Sri Ravi Shankar, who is on record asking Muslims to give up their claim as a goodwill gesture and had even doubted the highest court's competence in adjudicating the matter. In fact, he said in explicit terms that if the Supreme Court decided this matter, the losing party will have no option but to turn to extremism.."

First of all readers, especially if you spend your morning with The Hindu, please ask your newspaper to provide the evidence that Sri Sri Ravi Shankar did the scare-mongering of "civil war" on Ayodhya. You would have the first proof of credibility of your incredible newspaper. Then you question them if Sri Sri was really wishing a bad deal for Muslims when he wrote to All India Muslim Personal Law Board (AIMPLB): "An out-of-court settlement in which the Muslim bodies come forward and gift one acre of land to the Hindus who in turn will gift five acres of land nearby to the Muslims to build a better mosque." (One acre to Hindus and five acres to Muslims and this man is working against the interest of Muslims.)

I am also willing to help out the readers of Indian Express with their query: Is Sri Sri's quote below conveys his skepticism on Supreme Court's competence to adjudicate the matter?

"We respect the courts (!) but court cannot connect hearts. After 50 years or 100 years, the judgement of courts will remain as such. Buf if a solution comes from our hearts, it will be recognized for ages."

Indeed, Sri Sri has often mentioned that Muslims, by and large, are not opposing Ram temples. While meeting Sunni cleric Maulana Khalid Rasheed Farangi Mahali in Lucknow, Sri Sri had said: "There is really no conflict between the communities. We have been living together for centuries and we have to create an atmosphere of friendliness and togetherness."

The Indian Express even allowed bigotry in condemning Sri Sri Ravi Shankar's choice as a mediator. "Since the Court preferred to term the dispute a religious matter, potentially impacting our politics, ideally a religious figure should have been kept away from the mediation process."

The newspaper was willing to overlook that Sri Sri has a reputation of peace-maker and his Art of Living (AOL) isn't a religious discourse. Don't they know that in 2015, Sri Sri was awarded Colombia's highest civilian award for "conflict resolution and rehabilitation in war-ridden areas"? For decades, Sri Sri has been working to bring together disparate groups to find a solution to conflict-ridden matters.

Isn't a man such as Sri Sri Ravi Shankar best suited to find a solution to Ayodhya riddle? If yes, then why newspapers such as The Hindu and Indian Express won't welcome a solution? Who benefits if the country is divided? Indeed, who benefits? I leave the readers to find their own answers.

Related Topic(s): Hinduism; Mosque; Muslims; Newspapers, Add Tags
Add to My Group(s)
Go To Commenting
The views expressed herein are the sole responsibility of the author and do not necessarily reflect those of this website or its editors.