While Sanders continues to be the preeminent and most effective progressive voice in the country, the future -- now that his presidential hopes are over -- is truly up to us. 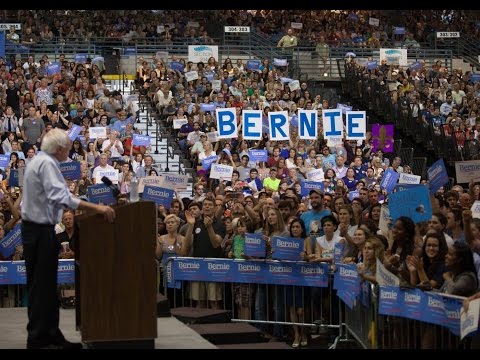 "Eugene V. Debs is Bernie Sanders' political hero," the Washington Post reported with evident distaste while the battle for the Democratic presidential nomination was raging in early 2016. "A picture of the socialist union organizer hung in city hall when he was mayor of Burlington, Vermont. A plaque honoring Debs is now by the window in Sanders' Senate office."

Now, as Bernie's last presidential campaign fades into history, it's appropriate to consider this statement from Eugene Debs, whose dedication to the working class was matched by his eloquence and courage: "I do not want you to follow me or anyone else; if you are looking for a Moses to lead you out of this capitalist wilderness, you will stay right where you are. I would not lead you into the promised land if I could, because if I led you in, someone else would lead you out."

Millions of Americans, inspired and energized by the Bernie 2020 campaign, certainly do not want to stay right where they are, in the midst of the capitalist wilderness surrounding us -- menacing and deadly with the climate emergency, the unchecked pandemic, vast income inequality, structural racism and so many other terrible ills. There's no Moses in sight, nor should there be.

To say that Bernie's role in progressive movements will diminish in the months and years ahead is to take nothing away from his profound importance in the past and present. During a PBS NewsHour interview a couple of nights ago, he was as cogent and strategic as ever, emphasizing that to defeat Trump "there has to be energy and excitement among younger people, among working-class people, among people who very often do not vote." Overall, Bernie Sanders continues to be the preeminent and most effective progressive voice in the country.

And yet the pathbreaking brilliance of his 2020 campaign has been followed by confusing and somewhat dispiriting choices that he has made since announcing the "suspension" of his campaign on April 8. The last hundred days have been marred by a backtrack on his pledge that day to "continue working to assemble as many delegates as possible at the Democratic convention, where we will be able to exert significant influence over the party platform and other functions." Actually, Bernie and his campaign did almost nothing to gain further delegates in subsequent primaries.

Those of us who regret some of Bernie's tactical decisions during the last three months would do well to recall Eugene Debs' words about why he was not seeking to "lead you into the promised land." And now, Bernie Sanders' campaign slogan is more to the point than ever: "Not me. Us."

Both of the Sanders presidential campaigns were historic breakthroughs for challenging the moral rot of oligarchy in the United States and for pushing real class analysis into mainstream discourse. The campaigns grew out of -- and, crucially, helped grow -- grassroots movements fighting to transform institutions that are structurally racist, sexist,militaristic and environmentally destructive while serving corporate power and wealthy elites.

The future is up to us.

Related Topic(s): Bernie Sanders; Bernie Sanders Presidential Campaign; Campaign Related, Add Tags
Add to My Group(s)
Go To Commenting
The views expressed herein are the sole responsibility of the author and do not necessarily reflect those of this website or its editors.