East Asia geopolitics is in flux, still centered on Beijing but complicated by Pyongzang's nukes and transitions in Washington, Seoul and Tokyo 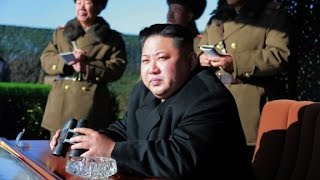 But then there's supremely unpredictable North Korea. And the notorious Lenin line resurfaces: "What is to be done?"

Pyongyang has successfully tested land-based, mobile, solid-fueled intermediate-range ballistic missiles. When operational, this development translates into a North Korean first-strike capability difficult to track, as well as the means to absorb an initial foreign attack and retaliate with -- nuclear-tipped? -- missiles.

It's significant that Chinese media have chosen to emphasize Tillerson's "moderate" tone on North Korea -- while duly signaling the failure, once again, of trademark US sanctions policy. Every major world actor knows that the abandonment of "strategic patience" plus a deluge of additional sanctions will inevitably lead to Pyongyang, in a flash, selling fissile material in the global black market for ready cash.

nister Ichiro Ozawa, aka "Shadow Shogun," president of the Liberal Party and former leader of several opposition parties, is plotting to unseat Abe in the next general election. He is calling for the merger of his Liberal Party, the Democratic Party and the Social Democratic Party, saying, quite rightly, "We can't win if we fight separately," adding that the three parties "can unite on basic policies" as they all call for shutting down nuclear plants, scrapping the new national-security laws and rejecting the next increase in the consumption tax.

The downfall of Tanaka in Lockheed scandal

Rocket men rule the roost at the moment, from THAAD to US Aegis to China's new Russian S-400s. Not much beats a few nukes in your deck.
(Image by Image: Steven Ansul, via Project Syndicate)   Details   DMCA
Facts on the geopolitical ground spell out massive unpopularity of the THAAD (Terminal High Altitude Area Defense) missile system possibly to be deployed by the end of next month in South Korea.

Related Topic(s): China Politics; Japan; Negotiation; North Korea Versus South Korea, Add Tags
Add to My Group(s)
Go To Commenting
The views expressed herein are the sole responsibility of the author and do not necessarily reflect those of this website or its editors.